The Tromatons were off the scale last Saturday night for the Hamilton Premiere of Troma's RETURN TO NUKE 'EM HIGH: VOLUME 1 at Fright Night Theatre! 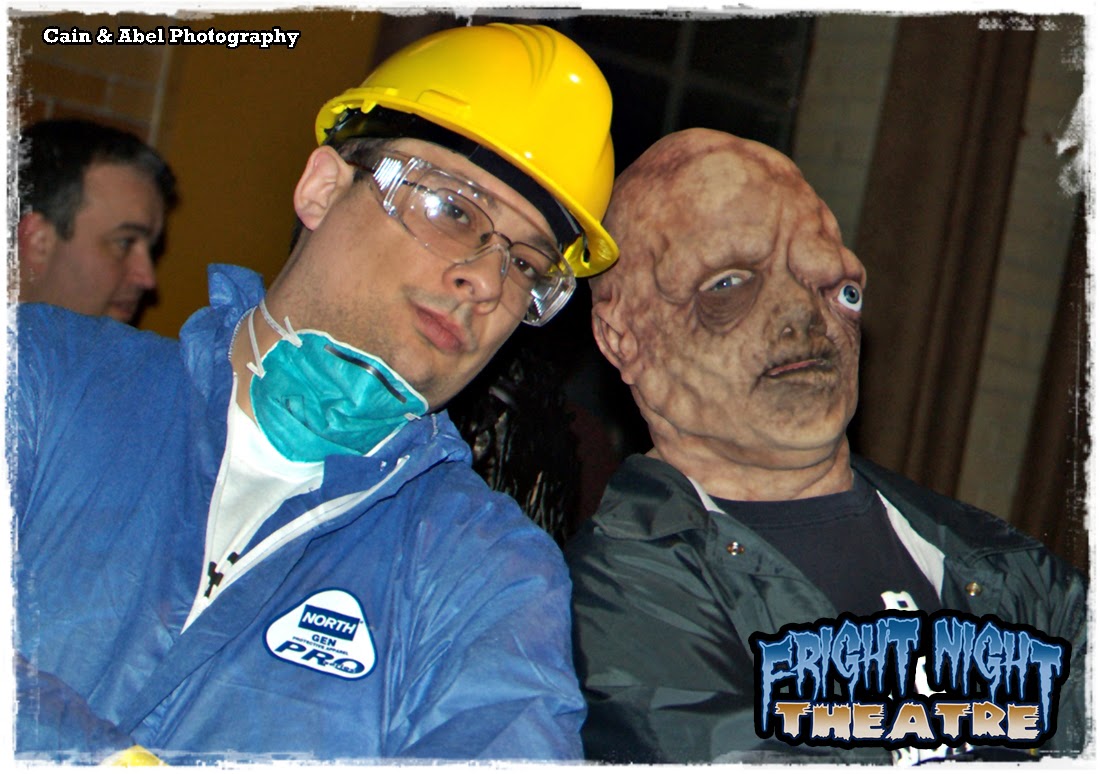 Before a sold-out capacity crowd full of Cretins and diehard Tromaniacs, Horror in the Hammer kicked off its first Fright Night Theatre screening of the year with Lloyd Kaufman's latest offering of boobs, blood, and bad taste. Our official selections -- short film Killer Kart and feature film Return to Nuke 'Em High: Volume 1 -- caused a nuclear explosion of laughter and applause that blew the roof off the Staircase Theatre. In the nuclear fallout, we were joined by the Troma team -- including the Toxic Avenger himself -- as well as a special on-screen Q&A with Return to Nuke 'Em High stars Asta Paredes, Catherine Corcoran, and Clay von Carlowitz and a live panel with actors and crew Brenda Rickert, Mick O'Keefe, T.J. Smith, Matt Lord, and John Migliore. 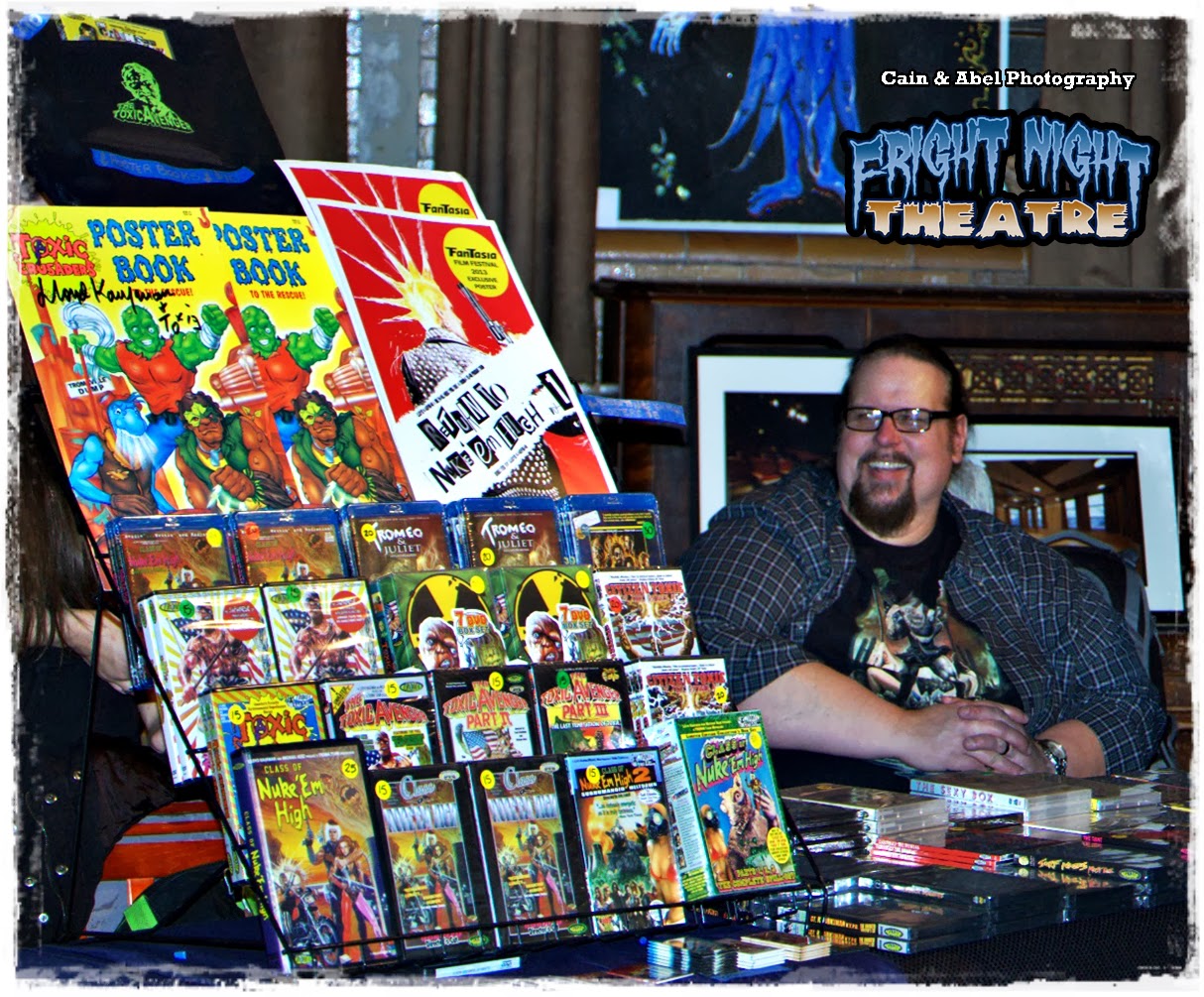 Following the Q&A, all Cretins in attendance were invited up for our Cretin Costume Contest, with hundreds of dollars in prizes to be won courtesy of our magnanimous sponsors FANGORIA and HAMMER CITY RECORDS. We even raffled off a screen-used Tromorganic Foodstuffs poster. 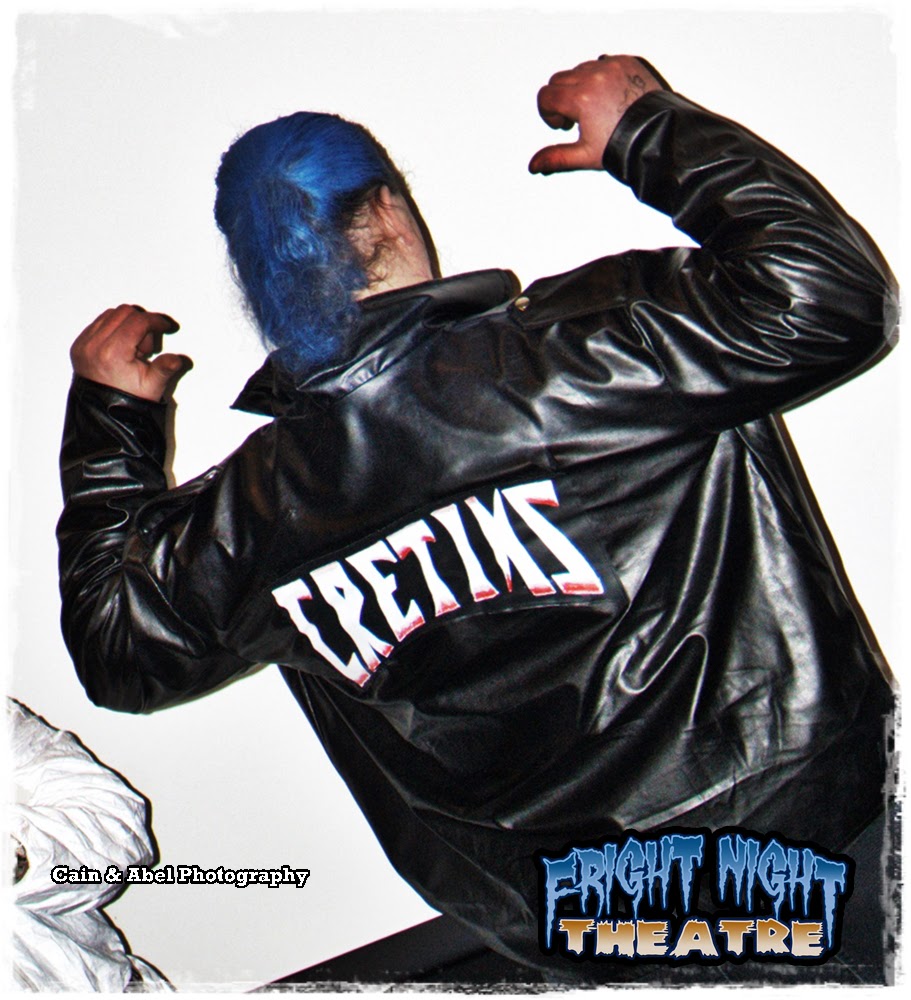 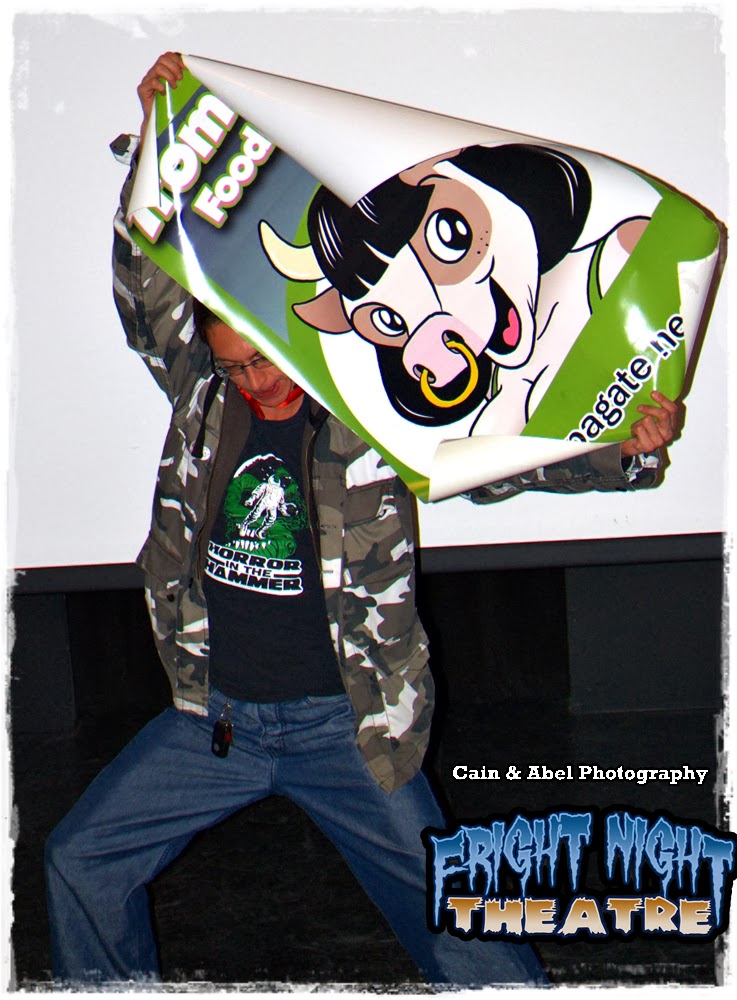 But the fun didn't end there: those passionate enough to brave the snow joined us for beers and even more prize giveaways at The Winking Judge Pub for our official After-Party. 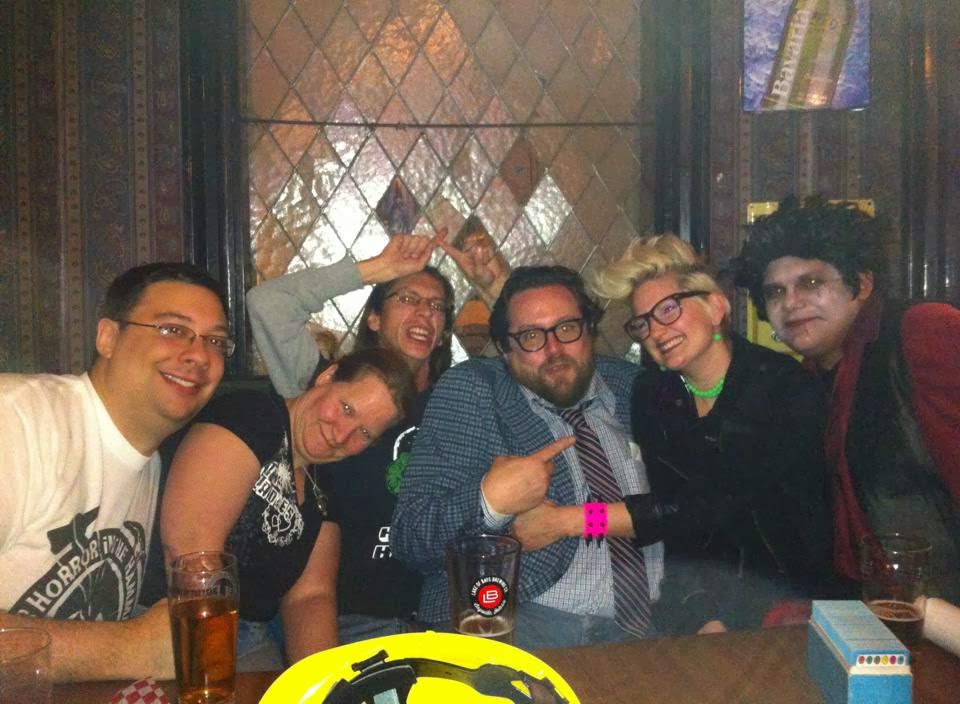 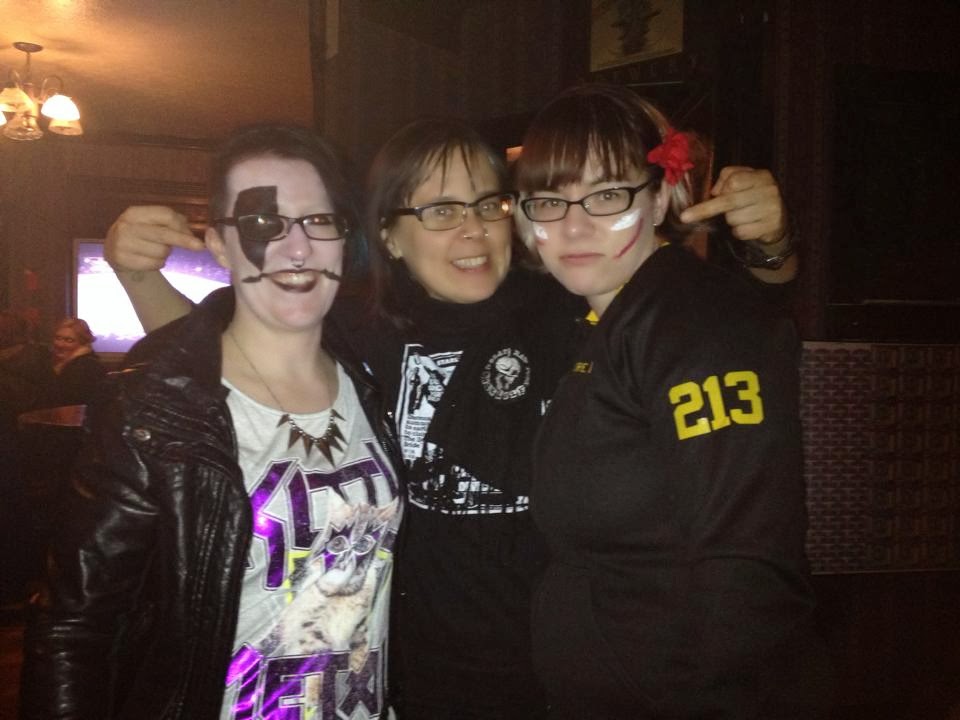 Thanks to everyone who came out to our Hamilton Premiere screening of Return to Nuke 'Em High: Volume 1 and a special thanks to all our volunteers and promotional sponsors for making our first Fright Night of 2014 a rousing, radioactive success. 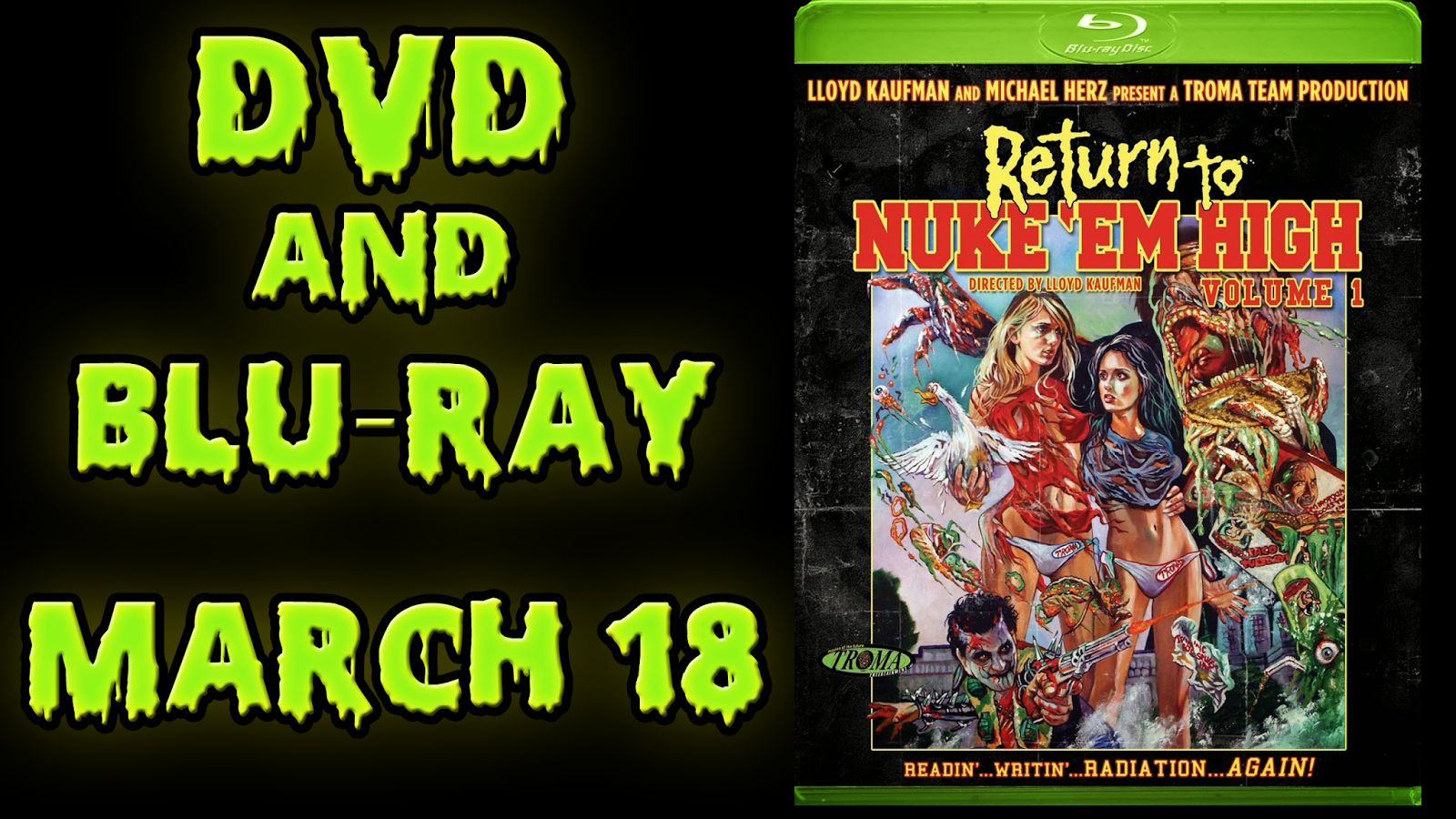