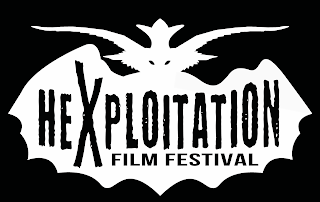 Films that Thrill, Chill, and Kill!

Formerly known as the Fright Night Theatre Film Festival, the Hexploitation Film Festival (HXFF) is the only festival dedicated to horror & exploitation genre cult cinema in the greater Hamilton, ON area. During our annual competitive film festival, we screen a combined 7 feature films and approx 20 shorts each season over the course of three exciting nights of genre film mayhem at the Staircase Theatre (27 Dundurn St. N). We also host and organize one-off screenings throughout the year of fan-favorite horror and cult films. The Hexploitation Film Fest promises the best in envelope-pushing indie horror & exploitation film-making with more monsters, maniacs, and murder than your eyes can handle!

In years past the festival has been home to numerous world, national and regional premieres of exciting films such as THE BABADOOK, RETURN TO NUKE'EM HIGH VOL. 1, ATTACK OF THE LEDERHOSENZOMBIES, KILLER RACK, BRACKENMORE, CIRCUS OF THE DEAD, BONEJANGLES, NIGHT OF SOMETHING STRANGE, THE BARN, and HARVEST LAKE.


Founded in 2009 as the all-year genre screening series Fright Night Theatre, the HXFF is a a bat out of hell festival with a mission: to bring back the fun, communal atmosphere, and showmanship of going to the movies by showcasing shocking, scary, schlocky, and scintillating independent and mainstream horror / genre films to our die-hard genre film audience in and around the Hamilton, Ontario region. Horror fans and genre junkies can expect our unique brand of down-to-earth Q&A's with local and visiting filmmakers, themed parties, and a one-of-a-kind theatre-going experience by fans for fans. 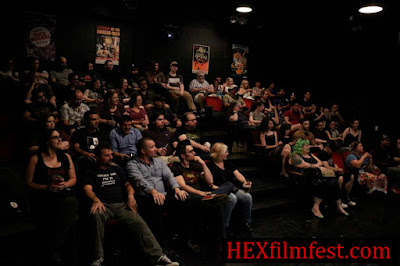