The Fright Night Theatre Film Festival is thrilled to announce yet another exciting double bill of hilarious Canadian horror just in time for the Halloween season. 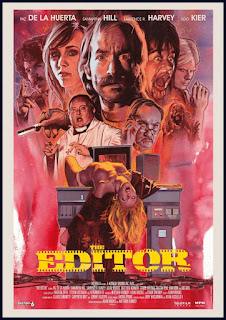 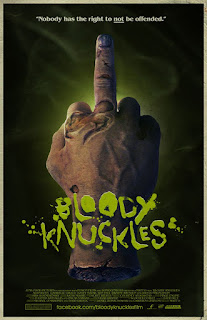 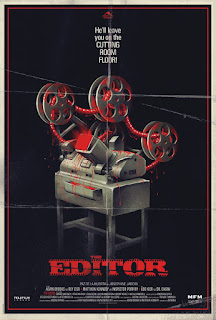 Rey Ciso (Adam Brooks) was once the greatest editor the world had ever seen. Since a horrific accident left him with four wooden fingers on his right hand, he's had to resort to cutting pulp films and trash pictures. When the lead actors from the film he's been editing turn up murdered at the studio, Rey is fingered as the number one suspect. The bodies continue to pile up in this absurdist giallo-thriller as Rey struggles to prove his innocence and learn the sinister truth lurking behind the scenes.

From ASTRON-6, the team that created Father's Day and Manborg, The Editor is a hilarious and charmingly spot on spoof of 70's Italian slashers by masters such as Dario Argento and Mario Bava featuring all the gory and gratuitous eroticism of classic giallos with the unique ASTRON-6 eye for the absurd. 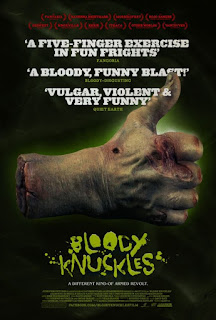 When Travis, an underground comic book creator with a penchant for obscene caricatures, offends a Chinese crime boss, the crime lord responds by chopping of Travis's right hand. In the wake of his dismemberment, Travis spins out into a drunken depression and abandons his art until his severed hands returns from the dead to help lift Travis back on his feet and get revenge. Together with the help of a gay S&M vigilante and fan of Travis's work, Travis and his hand set out rid the city of evil. BLOODY KNUCKLES is a deliriously offensive, gory, and happily un-PC horror-comedy. 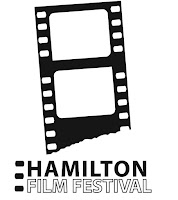