If you have a problem with vampires, you call the badass mofo in the killer fro: BLOODSUCKA JONES!


Bloodsucka Jones, the indie vampire comedy which had its world premiere at Fright Night Theatre in 2013, is now available on DVD from Amazon.com! Take a bite out of this hilarious film that Horror in the Hammer raves is "the Anchorman of horror comedies: irreverent, unpredictable, goofball, chaotic, supremely quotable, and completely hilarious." 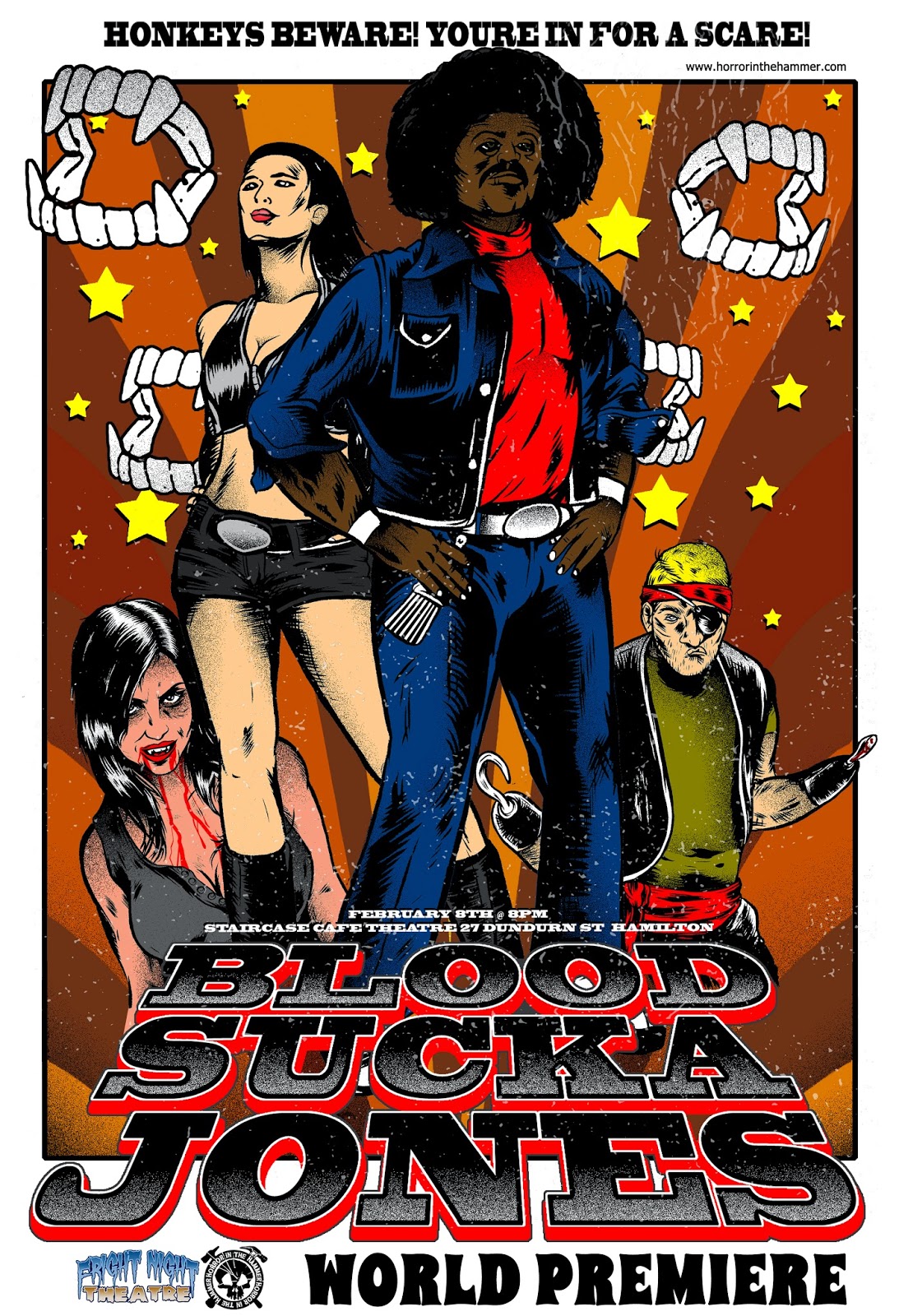 Written and directed by Justin Armao, Bloodsucka Jones stars Preston Gant as the afro'd vampire hunter who teams up with bumbling friends David (Armao) and Tony (Travis Woods) when David discovers that his new girlfriend is a sexy nosferatu. Together they take on hot vampire babes and a gang of collar-popping douche bag undead with the help of Bloodsucka Jones's sultry sidekick Vanessa (Maria Canapino). Bloodsucka Jones is an irreverent, unpredictable, goofball, chaotic, supremely quotable, and completely hilarious fresh new horror comedy guaranteed to slay your funny bone!


Order your copy of Bloodsucka Jones loaded with special features directly from AMAZON.COM

Posted by Fright Night Theatre at 11:43 AM