Fright Night Theatre invites you to a night of Canadian Premieres full of shocking scares, terrifying twists, and petrifying prizes! 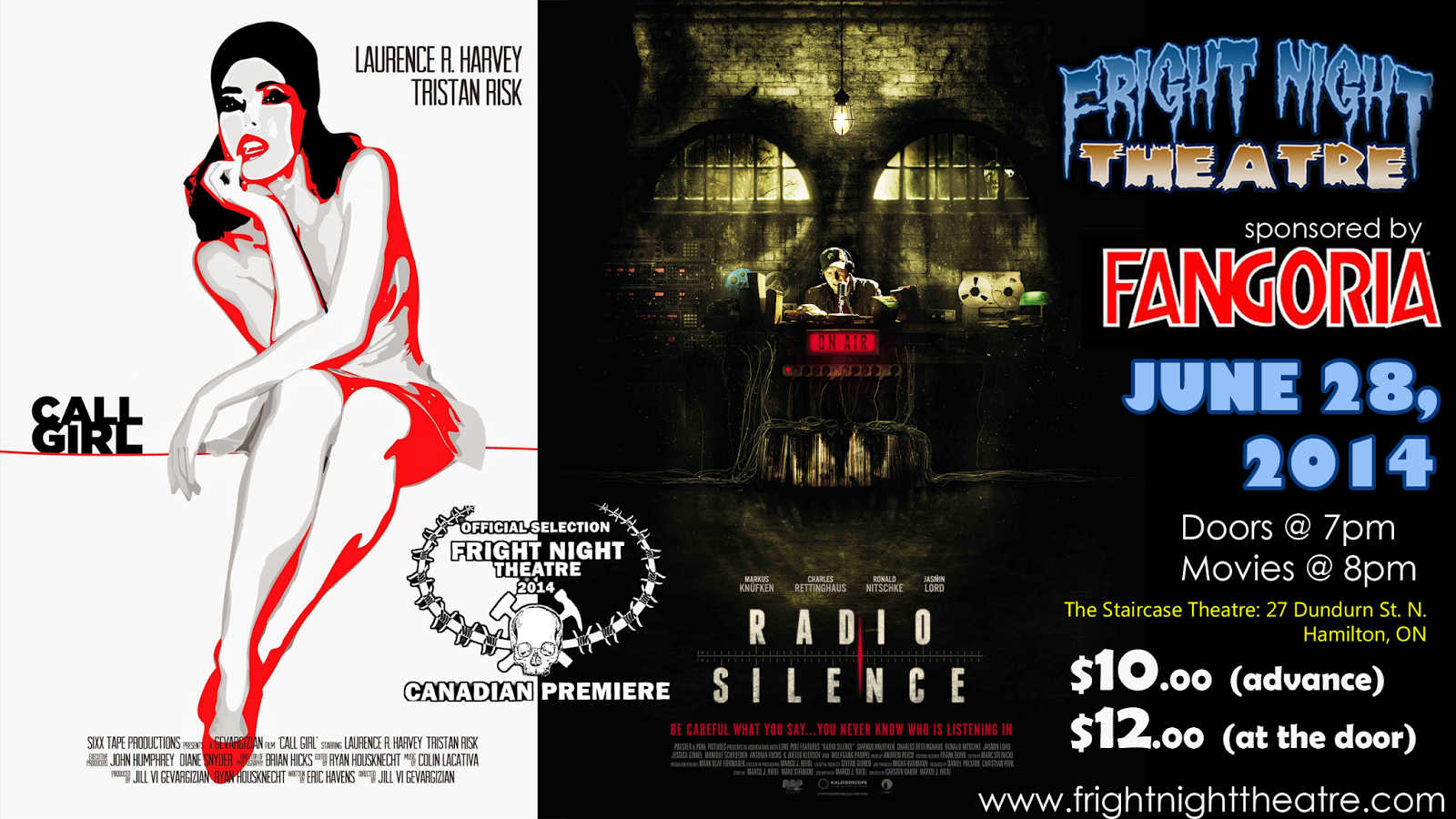 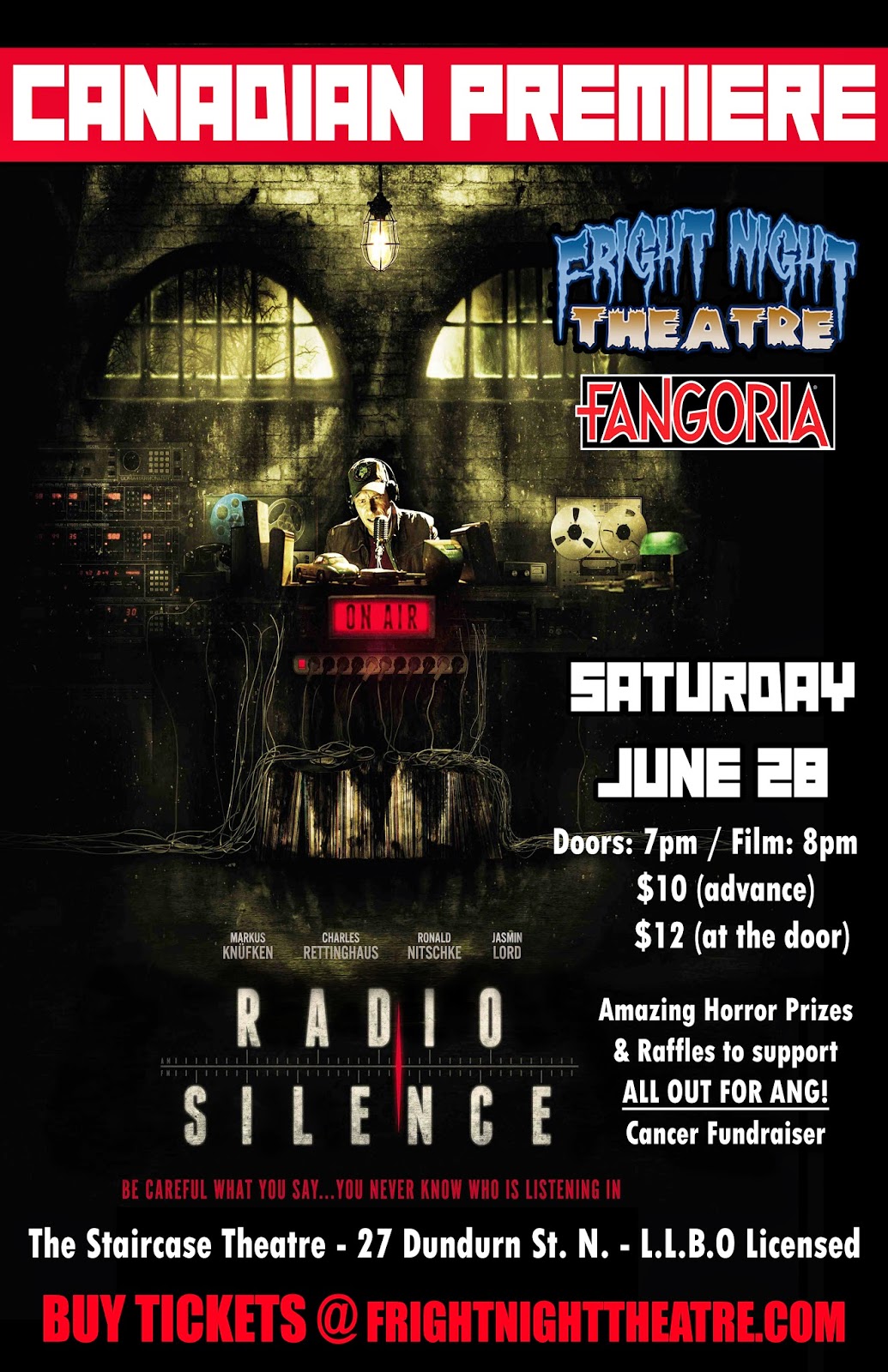 Fright Night Theatre is proud to announce a double-bill of Canadian debuts: Saturday, June 28th at the Staircase Theatre. Our feature RADIO SILENCE (dir. Marco Riedl and Carsten Vauth) is a pulse-pounding horror/thriller from Germany that recently picked up the awards for Best International Thriller and Best Directors at the 2013 Buffalo Dreams International Film Festival.

But that's not all! Courtesy of our sponsors Fangoria, Raven Banner Entertainment, and Horror in the Hammer, we'll be holding a horror prize raffle at Fright Night Theatre as a fundraiser for the All Out For Ang Cancer Benefit. 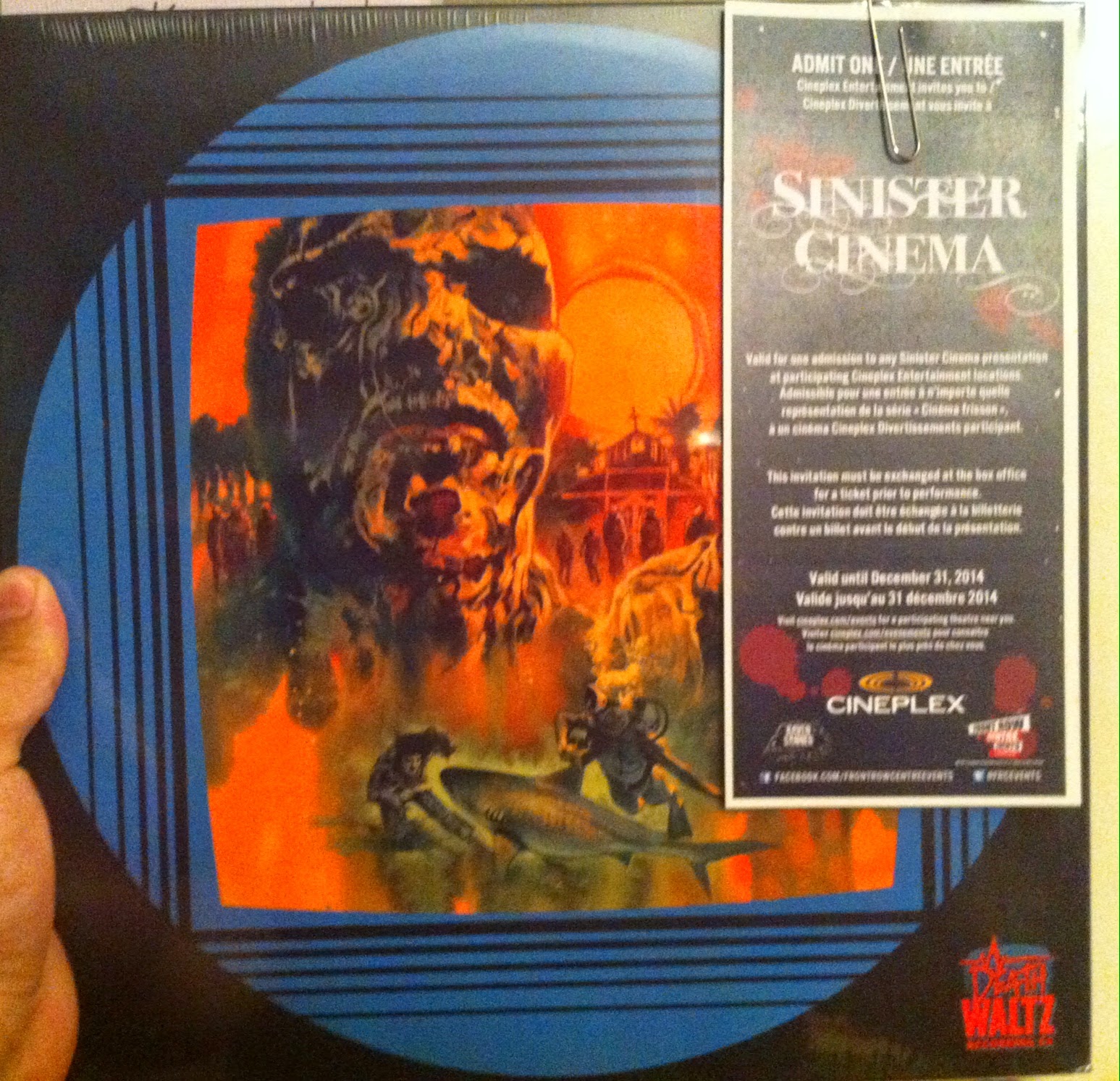 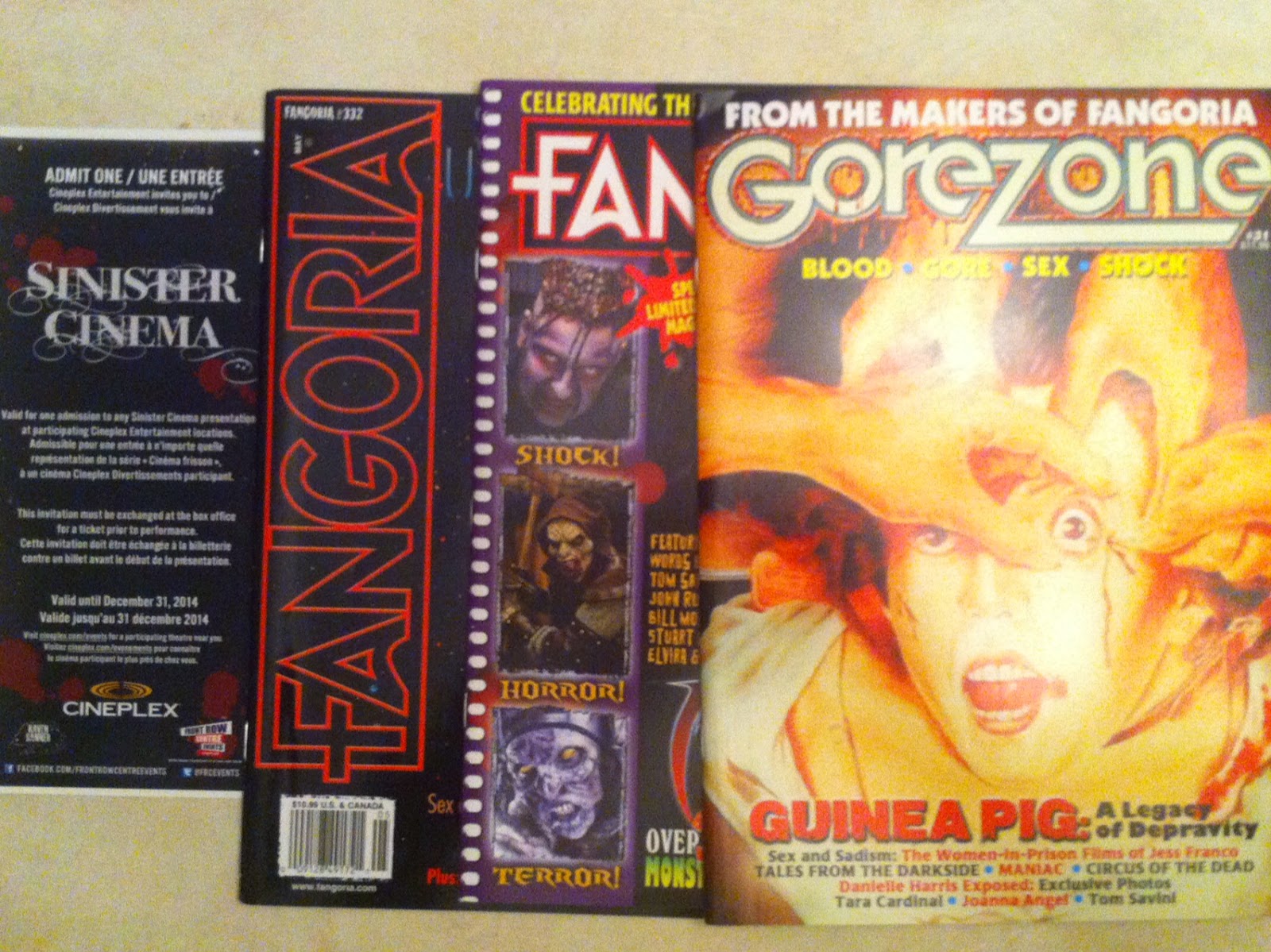 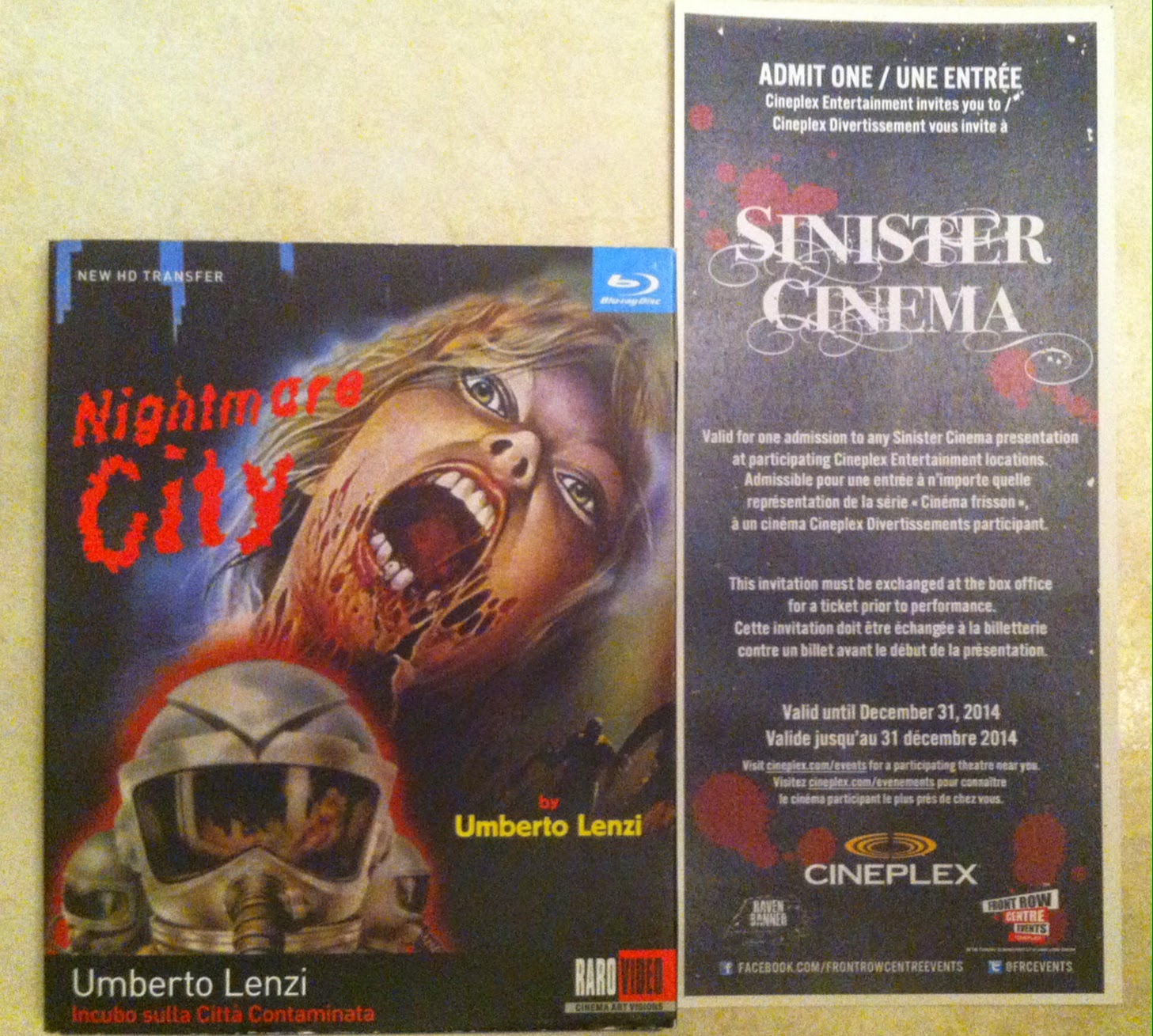 All proceeds from the following raffle prizes will be donated to the All Out for Ang Fundraiser. Raffle Tickets: $1 for 1, $2 for 3, $5 for an arm's length, $10 for a body's length.

Angela Orchard, the drummer for the punk band The Rotten, has been battling breast cancer for the last four years. After undergoing a double mastectomy and hysterectomy in hopes of stopping the disease, Angela was given a terminal prognosis but continues to fight! Her friends in the local music community have put together an amazing fundraiser benefit show to raise money to help Angela with the cost of standard and usual medical treatments such as chemotherapy/radiation/etc as well as alternative treatment(s). To read her story: http://www.dontstopbelieving.ca
Posted by Fright Night Theatre at 12:14 AM