The Fright Night Theatre Film Festival and Hamilton's Trash Cinema are proud to present a special 26th Anniversary screening one of the greatest "so bad it's good" movies ever made: THINGS (1989)

Released straight to video, THINGS is a dirty and nasty Canadian horror film that is the true definition of "cult classic." Since its release, THINGS has developed a cult following among fans of trashy, gory, and bizarre indie b-movies. To celebrate the underground legacy of THINGS and its place in the annals of Canuxploitation, we will be joined in person by director Andrew Jordan and star Barry J. Gillis as well as other cast members to discuss all things THINGS. 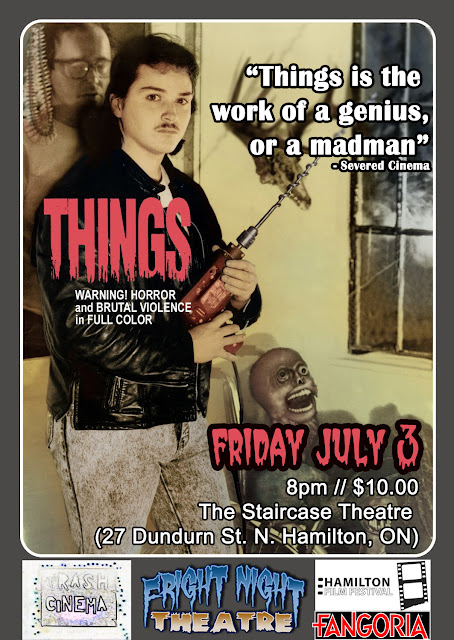 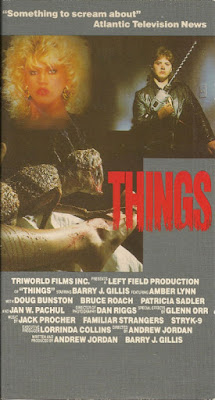 An impotent husband, driven by a fanatical desire to father children, forces his wife to undergo a dangerous experiment. The result: the birth of a multitude of monstrous THINGS

"What's the worst thing you can think of?"

With those words, five friends kick off a hilariously filthy game of shock value one-upsmanship that culminates unexpectedly in real-life horror. 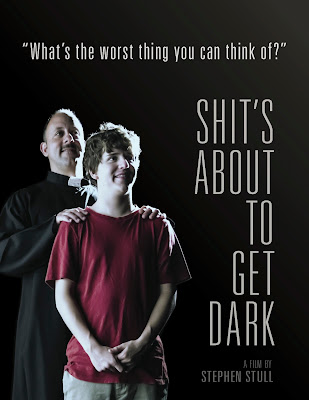 Posted by Fright Night Theatre at 10:27 AM