On the heels of yesterday's competitive lineup reveal, today we are excited to announce the official selections in our non-competitive shorts programme. 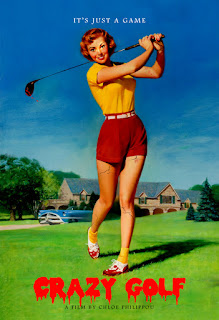 A duo of violent kidnappers bite off more than they can chew when their latest victim turns the tables on their dinner plans. (Dir. Jeff Meyers and Keith Jefferies)

While on a date at an amusement arcade, Reed and Lucy begin a game of Crazy Golf that takes a dark turn somewhere around the 10th hole where horror is par for the course. (Dir. Chloe Phillipou) 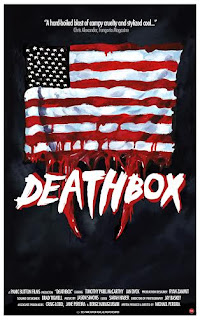 In this charming interview, Oneion (CII-001YN) the Cyborg tells the story of how his life was saved by Cybernetics Industries International. (Dir. James Heyes)

A vampire seeks psychiatric treatment for a phobia that impacts his way of life. (Dir. Chad Eric Smith)

A lonely, conflicted hobo lives an existence defined by a dark, insatiable need. On this day, he crosses paths with a mysterious man, who’s also defined by an all-consuming, singular drive. (Dir. Michael Pereira) 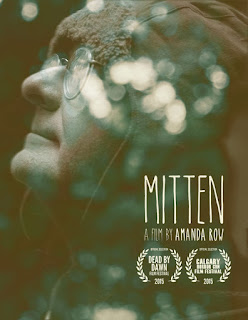 After finding himself in a wrecked taxi, Evan tries to piece together the puzzle of his memory while dealing with a dangerous threat in a seemingly deserted city. (Tomas Vergara)

A found clip on old video tape from the 1970's or 80's that looks like a strange Japanese version of Doctor Who. (Joshua Kahan)

A woman, completely immersed in all forms of electronic social networking, is thrown into a situation where she only gets one last chance to send one last text message to one last person. (Dir. Daniel Clements) 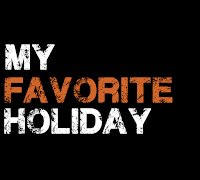 In the middle of the night a little girl awakens to discover the doll she fell asleep with has disappeared, but what she finds next is terrifying. (Dir. Hannah Neurotica)

An elderly man discovers a lost mitten and begins a paranoid search for its owner. (Dir. Amanda Row) 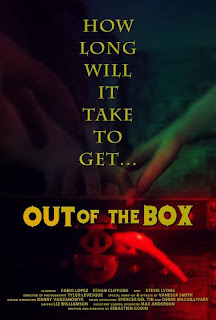 An enthusiastic home owner celebrates Halloween by decorating the outside of his house and making his own special candy. But there's a trick to those treats... (Dir. Josh Mruz, Anthony Cousins)

Out of the Box (Canada)

Two men volunteer for an experiment. All they have to do is not open the box. Simple, right? (Dir. Seb Godin).

Documentary filmmakers get too close to their subject: the dealer of a strange new drug. (Dir. Chad Magnant) 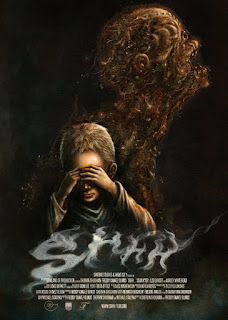 Lindsay is a typical university student living in a house with her friends … except her best friend and roommate is possessed by a demon. (Dir. Jessica Marshall)

A young man believes that he can beat death through sheer will power alone, and one he succeeds he decides to make the Grim Reaper's job even more complicated. (Dir. Victor Druillet and Norman Jangot) 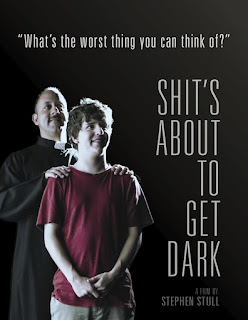 Shhh is a dark fairy tale about a young boy, Guillermo, who uses his imagination to overcome his monstrous bully at night. Tired of being scared, Guillermo eventually takes matters into his own hands. (Dir. Shervin Shoghian
and Freddy Chavez Olmos).

Shit's About to Get Dark (USA)

"What's the worst thing you can think of?" With those words, five friends kick off a hilariously filthy game of shock value one-upsmanship that culminates unexpectedly in real-life horror. (Dir. Stephen Stull) 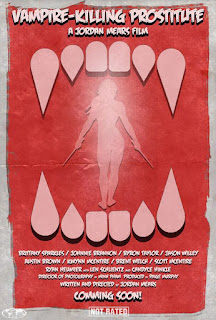 Graham, the nervy Saturday Boy at a late night dry cleaners, is greeted by a deeply mysterious customer who manages to surprise him and turn his terrible first day around for the better. (Dir. Michael Middleton-Downer)

A hard-boiled US Sergeant and a chatterbox Nazi must join forces to destroy a sexy, French vampire in World War II France. (Dir. Alex Hatz)

Raven, a vampire hunter who poses as a prostitute, joins a rogue priest and his team in a mission to save the world and exact revenge on the blood sucker who killed her father. (Dir.
Jordan Mears)

Congratulations to all our non-competitive shorts!
Posted by Fright Night Theatre at 10:40 AM