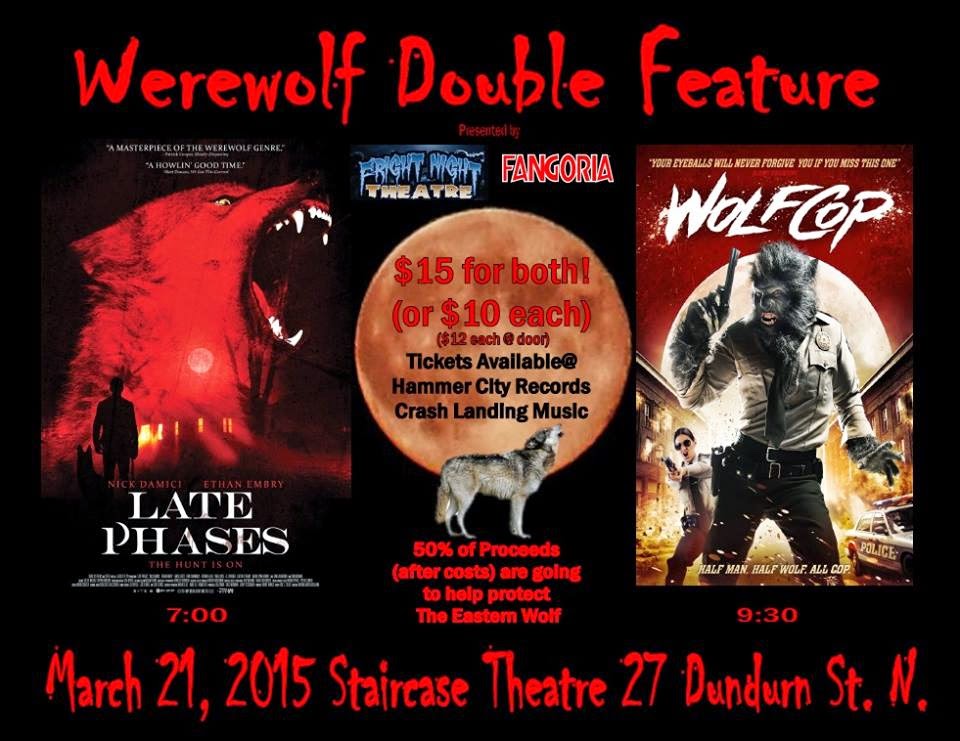 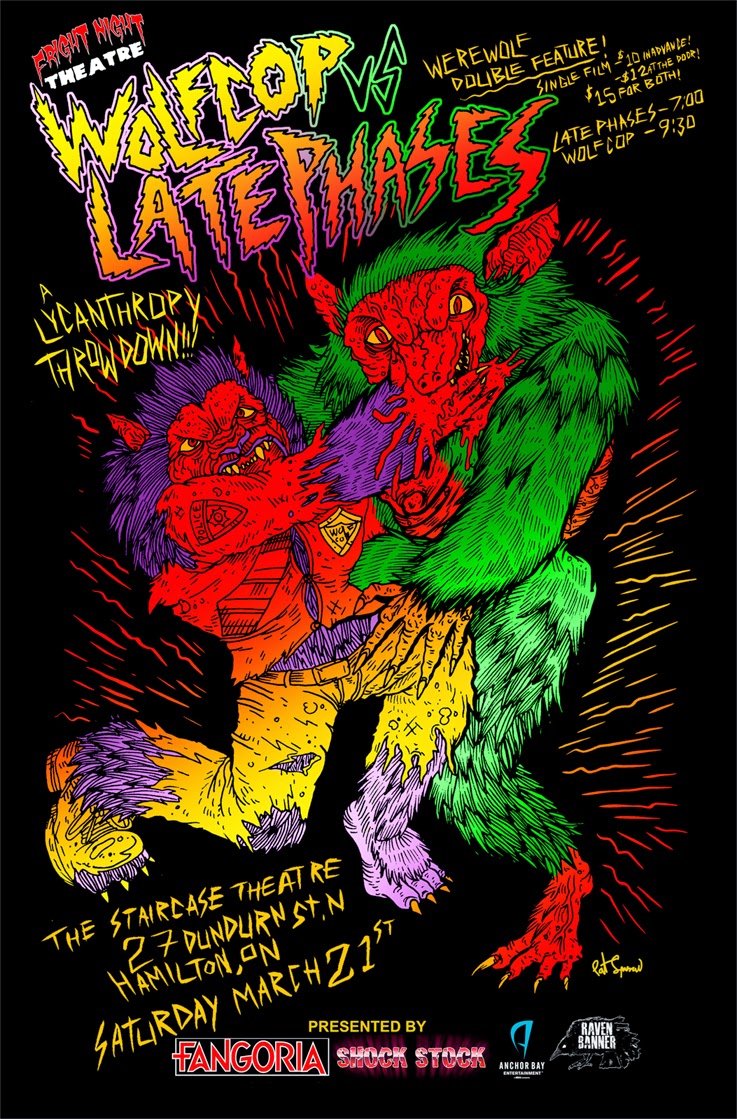 In our shared mythology, the wolf is a monster. It haunts our popular culture as a symbol of the carnivorous wild that has terrified human kind since prehistoric times as much as it represents the inner beast within us all. Especially in the horror genre, the wolf has been long associated with evil, terror, blood lust, and horror. But the wolf is not the monster of our medieval imaginations. It is an important species that, sadly, is under threat by a truly dangerous species: humanity.

That is why Fright Night Theatre has pledged to use our March 21st double-bill of werewolf films LATE PHASES and WOLFCOP to help support the Eastern Wolf of Ontario and Canada. After costs, we will be donating 50% of all ticket sales to the Bring Back the Wild™ project which aims to support Eastern wolf research and education.

Donated funds will be used to:
Eastern wolves were once plentiful in the forests of eastern North America, but human development has squeezed their population into smaller and smaller numbers. As a species of Special Concern in Canada, the eastern wolf is threatened by habitat loss, forest degradation and hunting

By supporting research of the eastern wolf and its habitat needs, initiatives like Bring Back the Wold will help the eastern wolf survive and expand in the future.
Posted by Fright Night Theatre at 11:45 AM