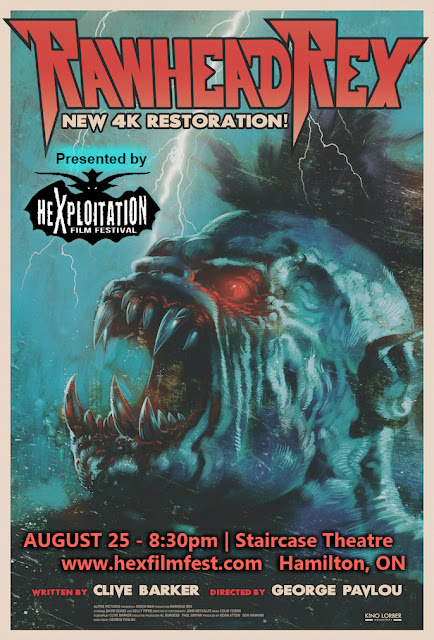 This Friday, August 25, the brand new Kino Lorber restoration of George Pavlou and Clive Barker's Rawhead Rex will have its Canadian Premiere at the Staircase Theatre in Hamilton, ON (27 Dundurn St. N) presented by the Hexploitation Film Festival. We will also be joined by special guest and indie-horror icon Greg Lamberson (Johnny Gruesome, Killer Rack, Slime City) 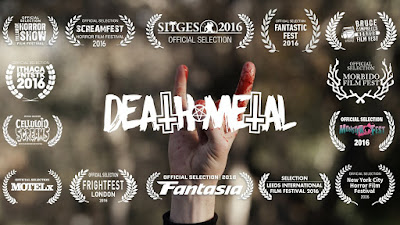 RAWHEAD REX is the gruesome story of an ancient demon unleashed from hell after a millennia to rip shit up across the rural towns of Ireland and the American Historian who tries to stop him. Featuring rubber monster suits, misty fields, decapitated heads, optical lasers, and a "baptism" scene you have to see to believe! Only the kind of cult film weirdness that could be cooked up in the 80s.

Posted by HexFilmFest at 8:55 AM