After a record-breaking number of submissions, Fright Night Theatre is thrilled to announce our second wave of official selections in our competitive features and short film programme. 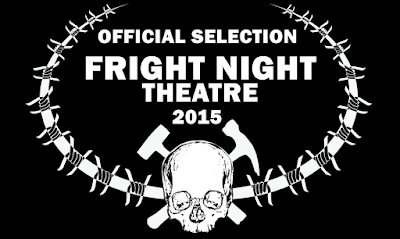 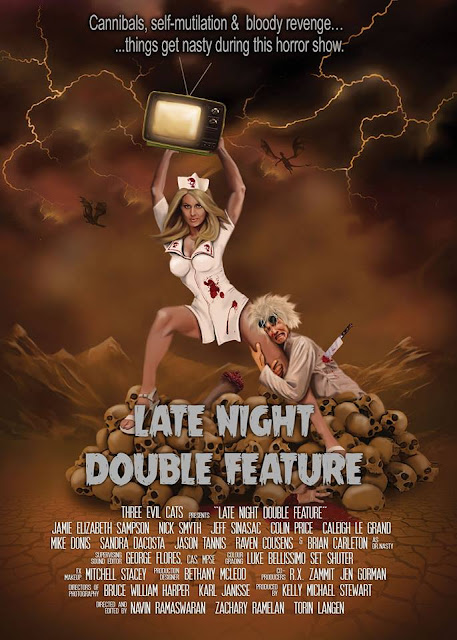 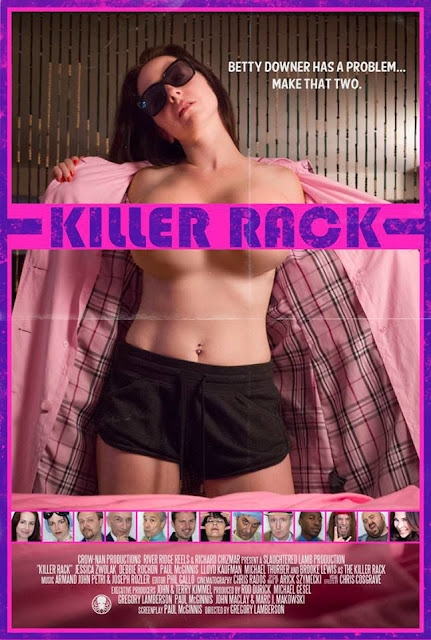 Screwball horror comedy about a woman (Jessica Zwolak) suffering from low esteem who gets breast enhancement surgery from Dr. Cate Thulu (Debbie Rochon). Her new assets turn out to be man-eating monsters, and only she can stop them. Featuring cameos by Lloyd Kaufman, Michael Thurber, and Brooke Lewis as the Voice of the Boobs. Directed by author Gregory Lamberson, creator of the cult classic SLIME CITY. 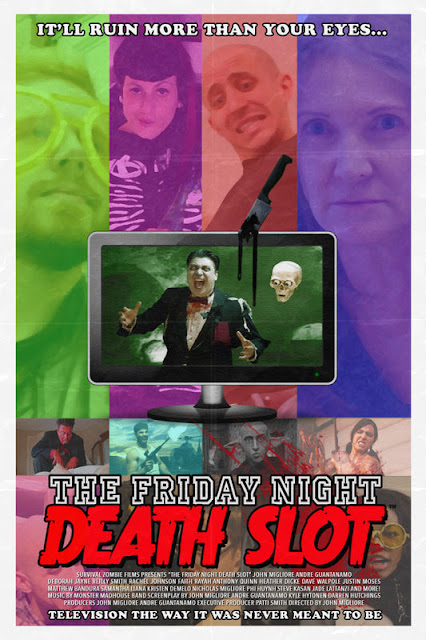 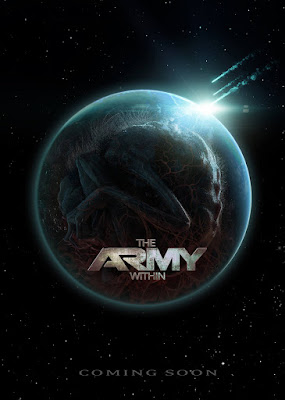 The Army Within (Australia)

One night, childhood sweethearts Traye and Sally find themselves at ground zero for an alien invasion. Now Traye has to face his biggest fears while protecting the woman he loves as she fights for her life from an extraterrestrial evil within.... (Dir. Andy Sutton)

Two decapitated yet still-living heads wake up in a refrigerator and plot to escape their captor: a deranged barber. (Dir. Mark Brocking) 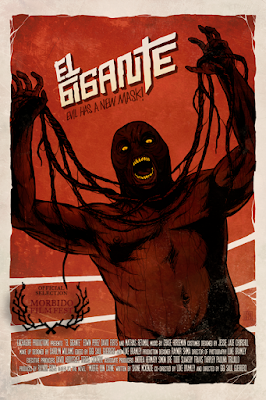 Aging war veteran Charlie finds it difficult dealing with his post-traumatic stress disorder, and must hide his secret from his wife. (Dir. Jane Watson and Lyndon Horsfall)

A young girl wraps a doll as a gift, but perhaps the doll has other plans. (Dir. Adam Gambrel)

When a scurrilous bandit double crosses his simple-minded partner, his greed puts him at the mercy of his conscience and a gang of vicious feral children. (Dir. Sandy Stenzel)

After attempting to cross the US/Mexico border in search of a better life, Armando finds himself locked in a life-or-death struggle with the most terrifying villain of all: GIGANTE! (Dir. Gigi Saul Guerrero and Luke Bramley) 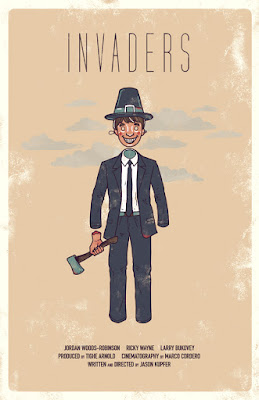 A pair of home invaders consider their potential character choices just prior to their planned invasion. (Dir. Jason Kupfer)

A lone female vampire struggles to survive in a city that doesn't want her. (Dir. Maxim Stollenwerk)

Henry passes away on his deathbed. He deserves to go to heaven, but he must argue his case with an angel that says his administrative file in the great beyond says otherwise. (Dir. Stephane Everaet) 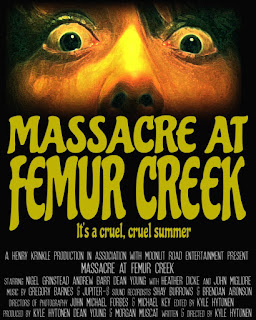 Set in the summer of 1984, Massacre at Femur Creek is a retro-inspired slasher comedy about three stoner friends who embark on a camping trip to the mythical Femur Creek, only to come face to face with a knife wielding maniac bent on blood shed. (Dir. Kyle Hytonen)

A husband and wife discover they may not be the only ones living in their house. (Dir. Evan Henderson)

A young man must come to terms with the offspring he births after a lustful one night stand. (Dir. Chuck Starzenski) 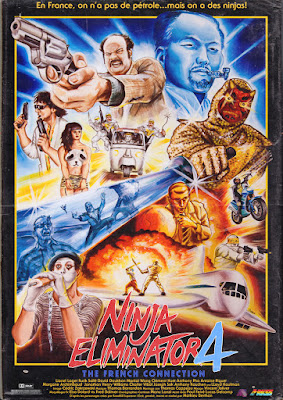 Ninja Eliminator 4 (France)
A duo of french super cops, Francois and Jean-Baptiste are on the case of Mr Mo, the diabolical leader of a gang of ninja drug traffickers who are trying to expand their influence into the beautiful land of France. (Dir. Mathieu Berthon)

A young tormented woman in a support group for survivors of the strange and bizarre shares her personal story about a game of chance that sealed the fate of her family… (Dir. Anthony Melton and Ben Franklin)

In a decadent future ruled by virtual reality, a professional Laserball player is disqualified during a game and forced to disconnected for a few hours. Returning to the real world, he is reunited with his father. The clash between their realities reopens old wounds. (Dir. Daniel Hernández Torrado) 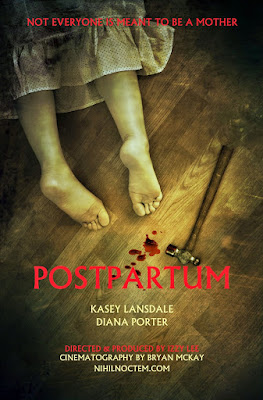 "Not everyone is meant to be a mother." Good intentions lead to disastrous results when a woman visits a new mom with a secret. (Dir. Izzy Lee)

The dead are walking the streets and attacking the living. Lars, armed only with a Smartphone, ducks into the alleyways of his neighborhood on a mad dash to warn his friends. But are his friends too self-obsessed to notice? (Dir. Shane Nasmith)

A young woman and her dog encounter something supernatural while she's working in her garage... (Dir. Tyler Mann) 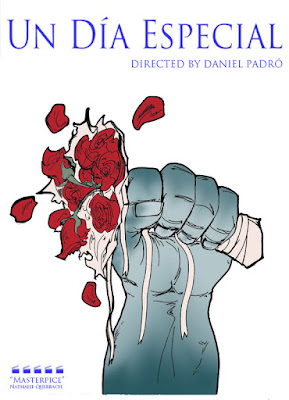 David is about to marry Cristina. He thinks she is the perfect woman and nothing can ruin their wedding day. But when Capt.Alpha (a world-famous superhero) crash-lands into the church, things start to get complicated. (Dir. Dani Padró Targarona) 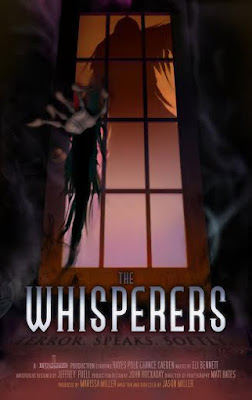 David, Lucas, and Nina live on the road, doing what they can and taking whatever they must to survive. On a random road while in search of food and cigarettes, their trajectory leads them to a small and almost deserted village..... (Dir. Massoni Philippe and Sébastien Jovellar)

A dark animated tale of love and dismemberment centered around a man and the monster of the forest. (Dir. Joe Bichard)