At our November 16th Retro Grade screening of Tammy and the T-Rex, audience members were asked to fill out HXFF Retro Grade Report Cards to rank and review the film. We've collected the reviews and our fans have spoken. 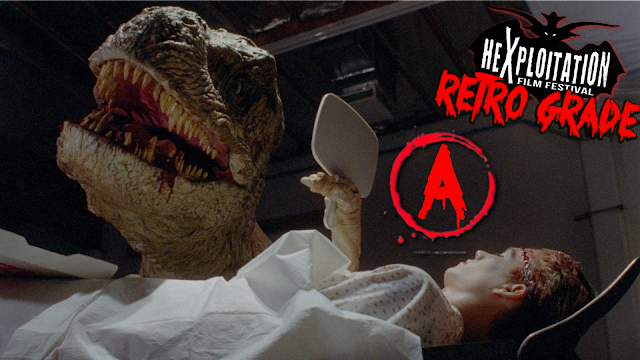 Our fans give Tammy and the T-Rex an average grade of A (89%). Obviously, this restored cut of Stewart Raffill's tale of a murdered teenager's brain implanted into the body of a robot dinosaur and the girl who loved him hit the sweet spot with fans of cult cinema.

Here are a few of our favorite audience comments:

WHAT FANS HAD TO SAY


Thanks to everyone who came out. Also, congratulations to Jess A. on being randomly selected to win two 3-Day Festival Passes to Hexploitation Film Festival 2020.

Stay tuned: in a few weeks we'll be making some big announcements about the 2020 Hexploitation Film Festival.