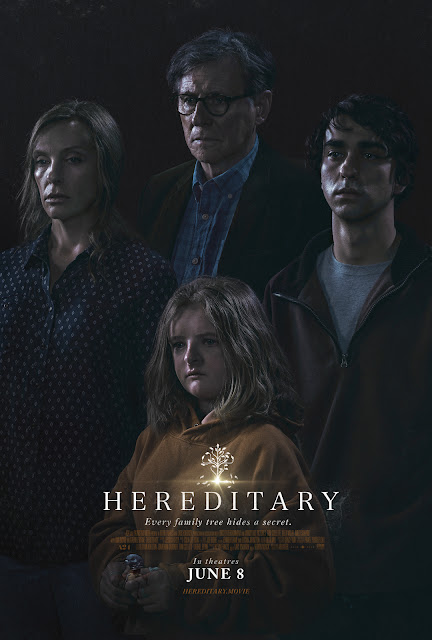 "A new generation's The Exorcist" - Time Out

When Ellen, the matriarch of the Graham family, passes away, her daughter's family begins to unravel cryptic and increasingly terrifying secrets about their ancestry. The more they discover, the more they find themselves trying to outrun the sinister fate they seem to have inherited. Making his feature debut, writer-director Ari Aster unleashes a nightmare vision of a domestic breakdown that exhibits the craft and precision of a nascent auteur, transforming a familial tragedy into something ominous and deeply disquieting, and pushing the horror movie into chilling new terrain with its shattering portrait of heritage gone to hell.

HEREDITARY opens in theatres on June 8th. Two (2) lucky HXFF fan will win a pass for two to see any screening of the film at any Cineplex theatre for a showtime Monday to Thursday after its release on June 8, 2018.

HOW TO WIN:
Email info@hexfilmfest.com with HEREDITARY CONTEST in the subject line and include the following:

Contest closes at 11:59PM, Sunday, June 3, 2018.
Contest open to residents of Ontario, Canada, the age of 18 or over.  ONE ENTRY PER EMAIL. MULTIPLE ENTRIES WILL BE DELETED.

Winners will be chosen at random and contacted on Monday, June 4, 2018.

Passes courtesy of Elevation Pictures​ and TARO PR​
Posted by HexFilmFest at 9:24 PM