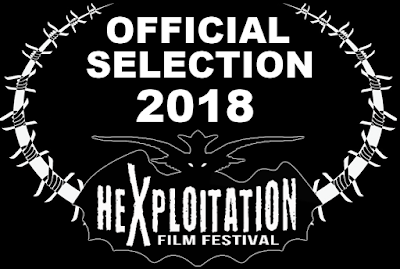 Each year, the Hexploitation Film Festival places the power to choose the festival's top award winners in the hands of its audience members. Audience members in attendance vote for every short and every feature, and the the film from each category with the highest score is crowned BEST SHORT or BEST FILM of the festival.

We are proud to announce the following Audience Choice Winners for our 2018 season. 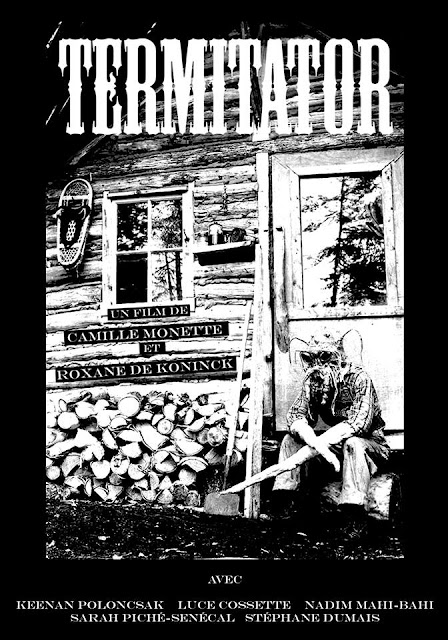 Four douche-bags embark on a weekend of partying and debauchery at a cabin in the woods, unaware that they will be disturbing the humanoid-termite mutant: Termitator.

WINNER OF MOST GORE FILM @ SPASM FILM FESTIVAL 2017 IN MONTREAL 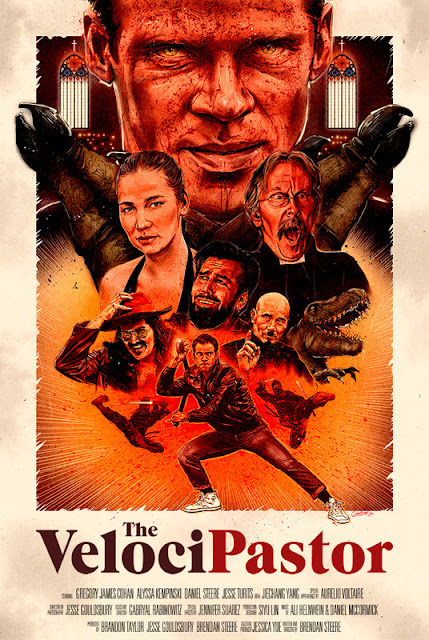 After losing his parents, a priest travels to China, where he inherits a mysterious ability that allows him to turn into a dinosaur. At first horrified by this new power, a hooker convinces him to use it to fight crime. And ninjas.

Congratulations to this year's winners!

See the full list of 2018 HXFF Award Winners
Posted by HexFilmFest at 10:23 PM