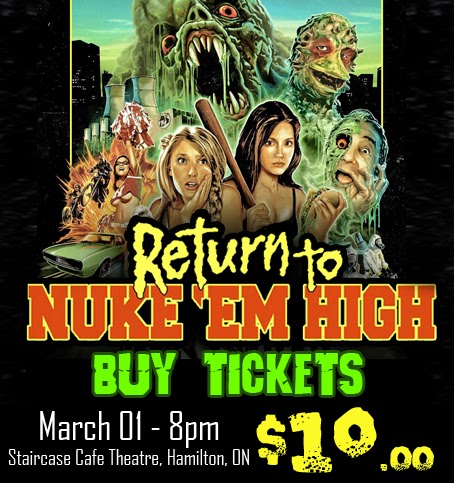 Stars Asta Paredes and Catherine Corcoran, who play Return to Nuke 'Em High's central lesbian heroes, will be joined by co-star Clay von Carlowitz for a live on-screen Q&A via the magic of Skype. In addition, cast member Brenda Rickert and prop department crew T.J. Smith and Matt Lord will be live in theatre to share stories about the making of Lloyd Kaufman's latest Tromatic masterpiece a reality.

Return to Nuke 'Em High follows a young couple that go up against the corrupt officials of Tromaville High and its school glee club. Unfortunately, the glee club has mutated into a murderous gang called The Cretins after ingesting cafeteria food produced on the site of the old Tromaville nuclear plant. When the other students begin to undergo mutations, our couple must solve the mystery and save Tromaville High School. 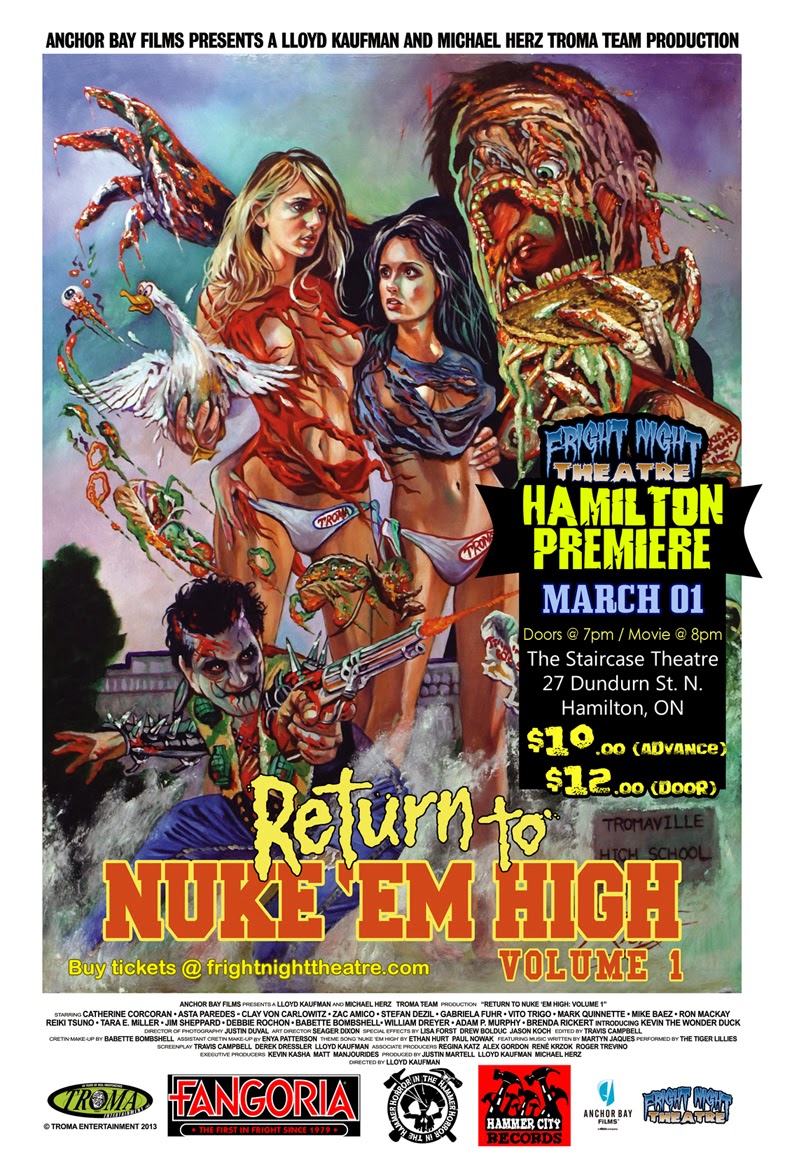