Fright Night Theatre is proud to announce it will kick off its 2014 season with the
Hamilton Premiere of
RETURN TO NUKE 'EM HIGH (Vol. 1)


A celebration of 40 years of Troma Entertainment!
March 01, 2014 @ The Staircase Theatre, Hamilton, ON 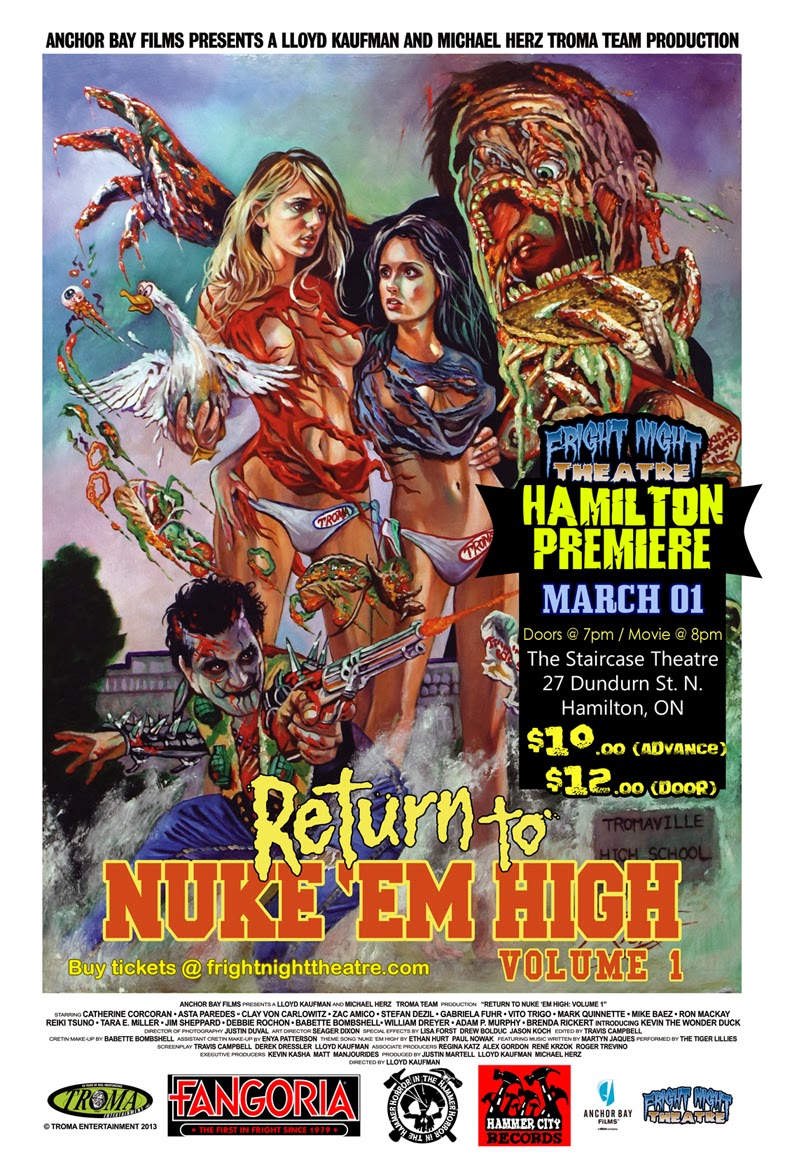 For nearly 40 years, Troma Entertainment has been blazing a trail for independent film and tromatizing the masses with their unique brand of envelope-pushing, politically incorrect, and visually outrageous exploitation and horror films such as THE TOXIC AVENGER, THE CLASS OF NUKE 'EM HIGH, TROMA'S WAR, and POULTRYGEIST: NIGHT OF THE CHICKEN DEAD. Now, we celebrate the legacy of the entire Troma Team with a screening of its latest tromasterpiece: RETURN TO NUKE 'EM HIGH (Volume 1), directed by indie film legend and icon Lloyd Kaufman.

Join us at The Staircase for this one-of-a-kind, premiere event. Space is VERY limited and expected to sell out. Online advance tickets are now on sale.


Special Events Will Include:

Welcome to Tromaville High School where, unfortunately, the glee club has mutated into a vicious gang of Cretins. Chrissy and Lauren (Asta Paredes and Catherine Corcoran), two innocent lesbian lovers, must fight not only the Cretins, mutants and monsters but also the evil Tromorganic Foodstuffs Conglomerate. Can they and Kevin the Wonder Duck save Tromaville High School and the world? RETURN TO NUKE'EM HIGH (Vol 1) is the first part of two RETURN TO NUKE 'EM HIGH feature films. Both volumes revisit the blood, guts, monsters, offensive humour, and full frontal nudity of Troma's 1986 CLASS OF NUKE 'EM HIGH. Directed by Lloyd Kaufman, USA, 2013, 85 mins. Principal Cast: Asta Paredes, Catherine Corcoran, Vito Trigo. 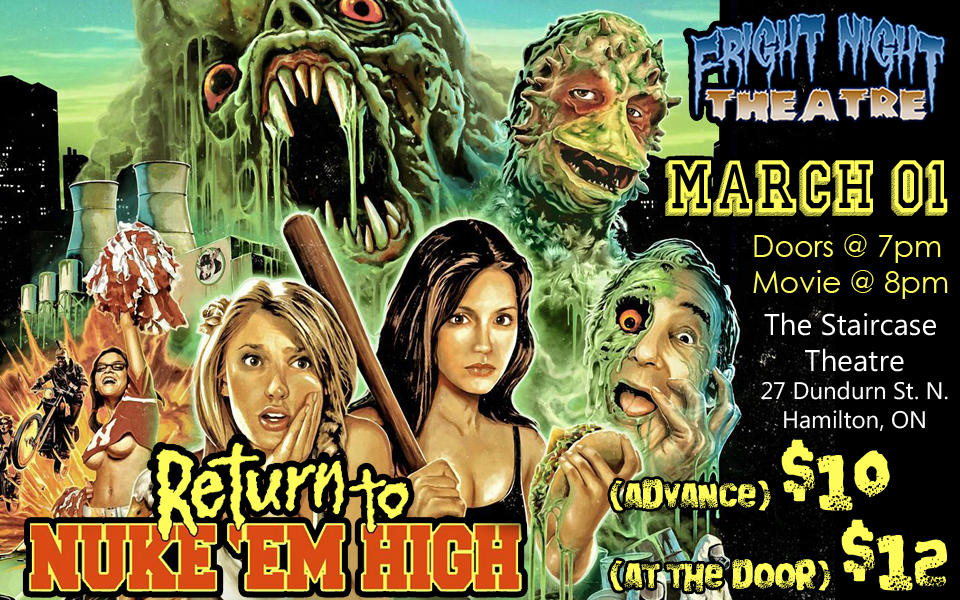