Nature spawns a creature driven by vengeance to destroy a group of cold-blooded cannibals who have been kidnapping people and keeping them imprisoned in the forest.

Creature from Cannibal Creek concerns itself with a family of deranged cannibals who make their meals out of unsuspecting people they capture in the woods, keep in cages, and then tenderize for supper. However, when one of their captives escapes only to die in the surrounding forest, nature takes a perverse turn to resurrect their victim as a shaggy beast made of forest and fury that gives the cannibals a taste of their own medicine. From the director of Exorcism of the Dead and Poltergeist Encounters comes a film that recalls the dingy reels of low-budget exploitation and monster movies of the seventies like Slithis and The Incredible Melting Man. Creature from Cannibal Creek combines this with the cannibal horror of The Hills Have Eyes with the monster mayhem of Swampthing.

John Migliore, the film's writer and director, is a familiar face at the HXFF. As a mainstay of the local horror scene, Migliore's films are imbued with a passion for low-budget horror, a dedication to do-it-yourself film-making, and a commitment to following your dreams, no matter how bizarre. With a score by Juno Award-winning musician Mike Trebilcock, CREATURE FROM CANNIBAL CREEK is a not-so-serious romp full of local Hamilton talent in front and behind the camera. (Aaron Allen) 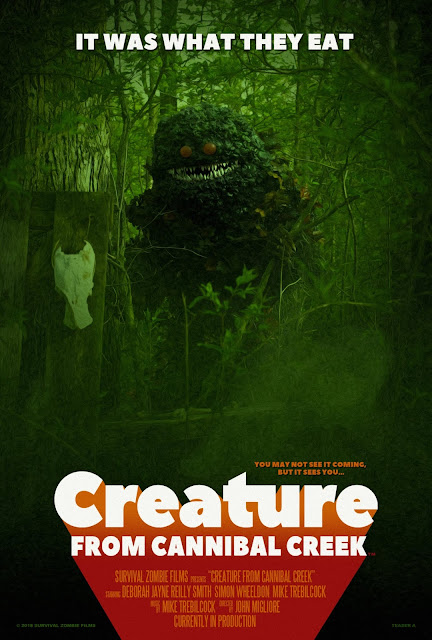