The Fright Night Theatre Film Festival is excited to announce its first wave of official selections for our Fall program: September 30 - October 1st

Following on the heels of a hugely successful Winter edition, the Fright Night Theatre Film Festival (Hamilton, Ontario's horror, cult, and exploitation genre film fest) returns this Fall with a new slate of killer film premieres guaranteed to push the boundaries of spectacle and imagination (not to mention good taste). 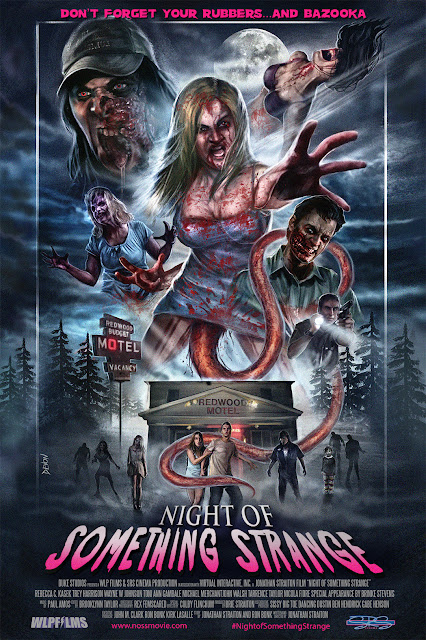 The FNTFF is very proud to present the Canadian Premiere of Jonathan Straiton's award-winning and fan-acclaimed teenage sex comedy / zombie gore fest: NIGHT OF SOMETHING STRANGE

Five teenage friends set out for the beach on their Spring Break vacation. Good times are cut short when one of the group contracts a deadly sexual transmitted disease during a bathroom stop. But this is no ordinary STD! When they stop for the night at an isolated motel, the STD virus starts running rampant, turning those infected into sex-crazed and oozing living dead mutants.


Hot off its award wins for Best SFX, Best Actor, and the Jury Award for Best Film at the Crimson Screen Horror Film Festival, NIGHT OF THE SOMETHING STRANGE is an uncomfortably hilarious and gleefuly disgusting tour de force of comedy, action, and gross-out gore that takes the meaning of bad taste to a whole new level. 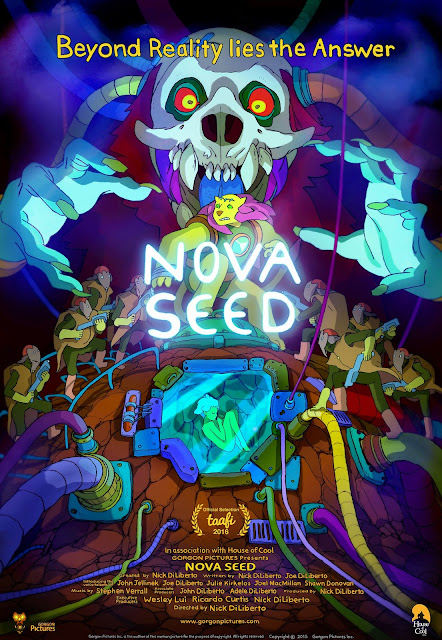 From the gross to the gorgeous, the FNTFF is honoured to also announce the Hamilton Premiere of NOVA SEED from Hamilton-born animator Nick DiLiberto.


Enter a fantasy world of pure imagination and exhilarating action. Deep below the surface of a desolated world, the Mad Doctor Mindskull has discovered a way to use the planet’s power of creation as a weapon. With humanity unable to fight back, they enlist the aid of an outlaw bio-engineered N.A.C (Neo Animal Combatant). But will the N.A.C turn against the humans who shun him, and what is the mystery of the Nova Seed's power?

7 feature films and 20 shorts will screen this fall as part of the Fright Night Theatre Film Festival. Submissions officially close August 13 and the full lineup will be revealed in early September.

To submit your feature or short, visit https://filmfreeway.com/festival/FrightNightTheatre