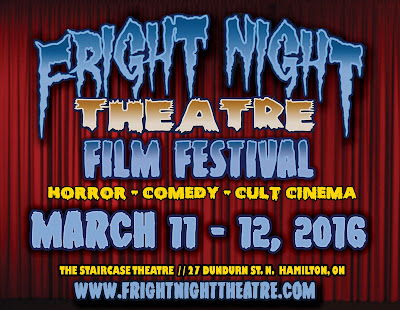 This weekend, the Fright Night Theatre Film Festival launches the first edition of its twice-a-year horror, cult, and exploitation film festival in Hamilton, ON at the Staircase Cafe Theatre for two nights of thrills, chills, and cinematic kills. 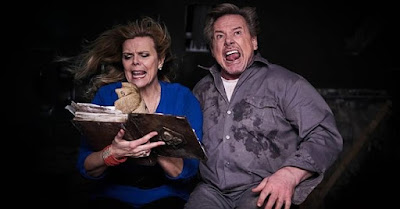 
The Baarkers, a family group of religious fanatics who believe they are God's chosen ones, polarize a small mining town and force its residents to fight for their lives as their zeal turns murderous and the rule of law decays into brutish mob mentality. A controversial and timely look at the horrific results of religious zealotry from esteemed Canadian filmmaker Larry Kent. Trailer | Poster


It’s Halloween 1989, and best friends Sam and Josh are trying to enjoy what's left of their final Devil's Night before graduating high school. But the two pals and a group of their friends get more trick than treat when they take a detour on their way to a rock concert, finding an old abandoned barn and awakening a trio of Halloween demons inside. Now it's up to Sam and Josh to find a way to protect their friends and defeat the flesh-hungry creatures that lurk within "The Barn." Featuring a rocking cameo by Ari Lehman, the first Jason Voorhees, THE BARN is the perfect retro throwback to classic 80s VHS horror like The Monster Squad, Halloween III: Season of the Witch, and Full Moon's direct to video features. Trailer | Poster