Calling all Zombie fans! Fright Night Theatre is as giddy as a ghoul at a brain buffet to finally announce the official lineup of the 2014 Hamilton Zombie Short Film Festival. 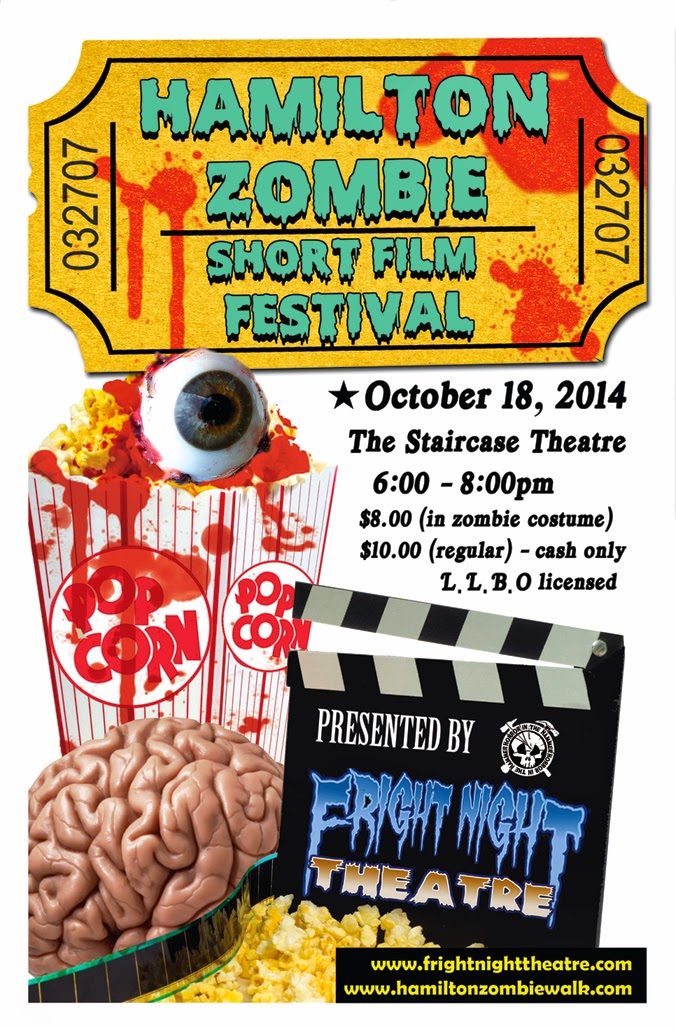 This year, the Hamilton Zombie Short Film Festival celebrates the best in Canadian and International zombie films with a premiere-studded brain-blasting programme of zombie shorts with filmmakers in attendance.

If you thought making a movie was difficult now, try it as the world is crumbling around you. Sweeping and majestic romance crashes headlong into apocalyptic violence in this beautiful short about a film director struggling to use movie magic to bring the power of love back to a brutal and uncaring world.

Lincoln is back from the grave and out for blood. This time he has only one thing on his mind: To liberate your head! 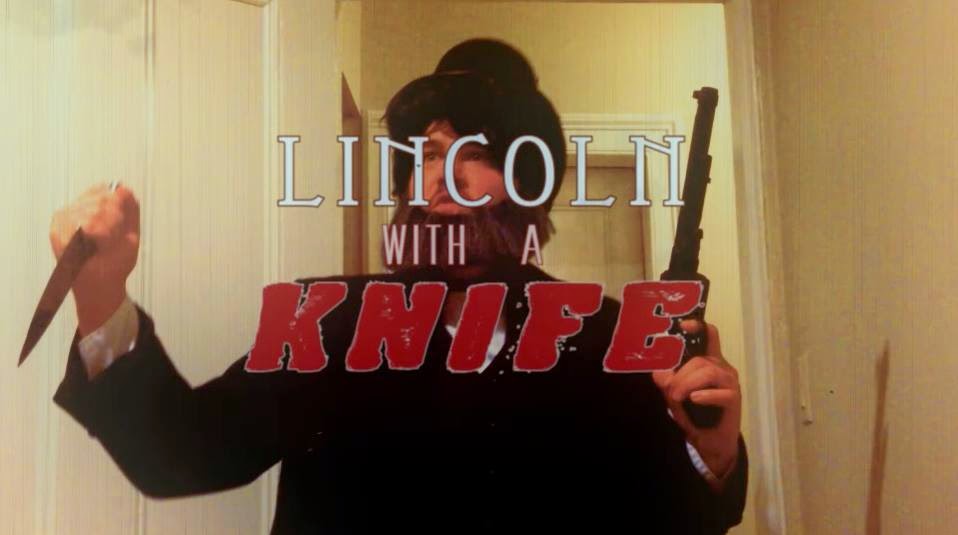 YOU MIGHT BE WEARING PYJAMAS WHEN THE ZOMBIES ATTACK (dir. Kevin McMillan) || WORLD PREMIERE!
3 mins. Canada

Imagine you are called upon to fight for your life against your family, friends, and loved-ones who have suddenly been turned into shambling, moaning, flesh-eating ghouls. Are you prepared for the zombie apocalypse? 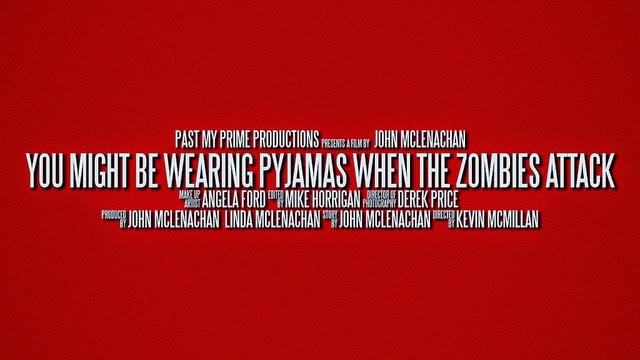 The zombie gang from THE POST-LIFERS reunites for a holiday feast only to discover that their meal has a bit more life in it than they thought. Hilarious squabbling quickly ensues. It may just take an X-Mas miracle to make things right.

A woman loses her dress but gains a chainsaw in this greasy and cheesy throwback to 1970s grindhouse and exploitation shockers filled with blood, gore, and nudity.

Alice and Nicholas survived an epidemic that ravaged the world, now only inhabited by the undead. But the nightmare is not over...

Filmed from the point of view of a single survivor, experience the horror of waking up in the middle of a zombie uprising and fighting up close with the undead for your very survival.

Stranded in the midst of a zombie apocalypse, a man sets in motion an unlikely plan to protect the precious cargo he carries: his infant daughter. 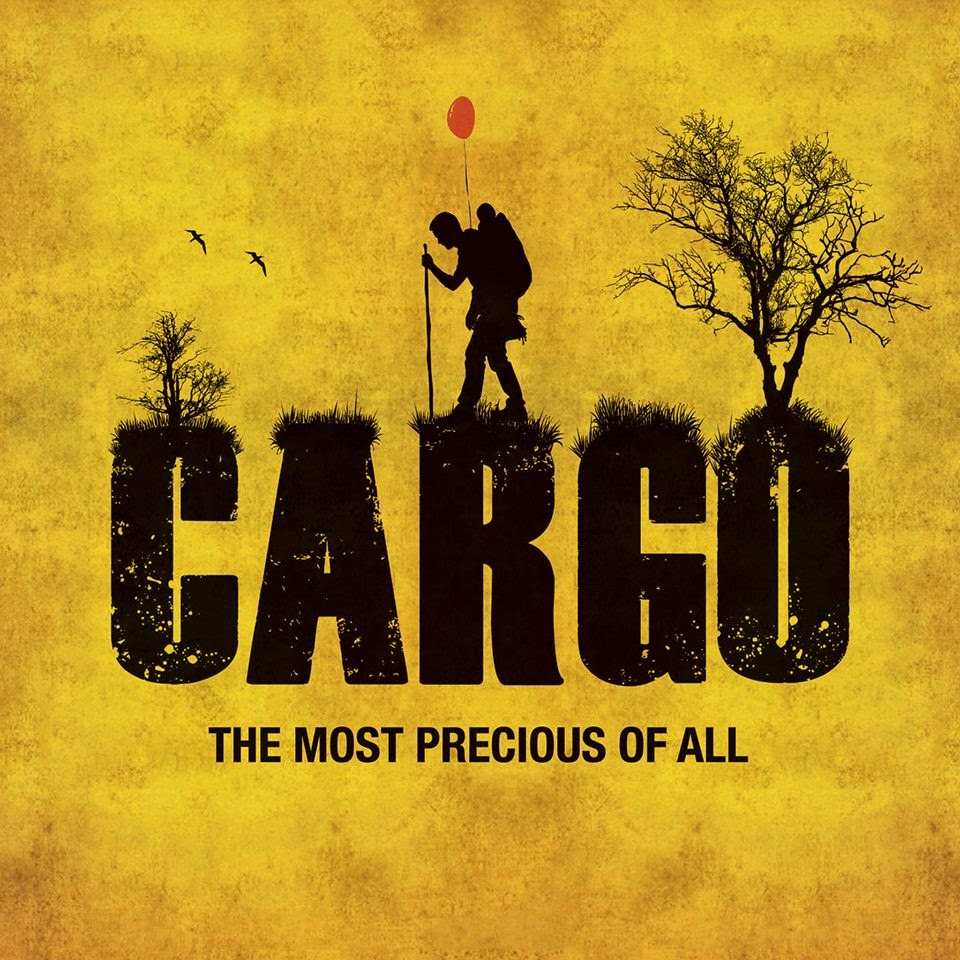 A beautiful farm girl's country bliss is threatened when a big-city tax collector comes a' knocking. With no money, what's an innocent farm girl to do? The tax-collector has some ideas...but little does he realize this farm girl has some naughty ideas of her own! A genre-bending lesson in expecting the unexpected from Distant Field Productions. 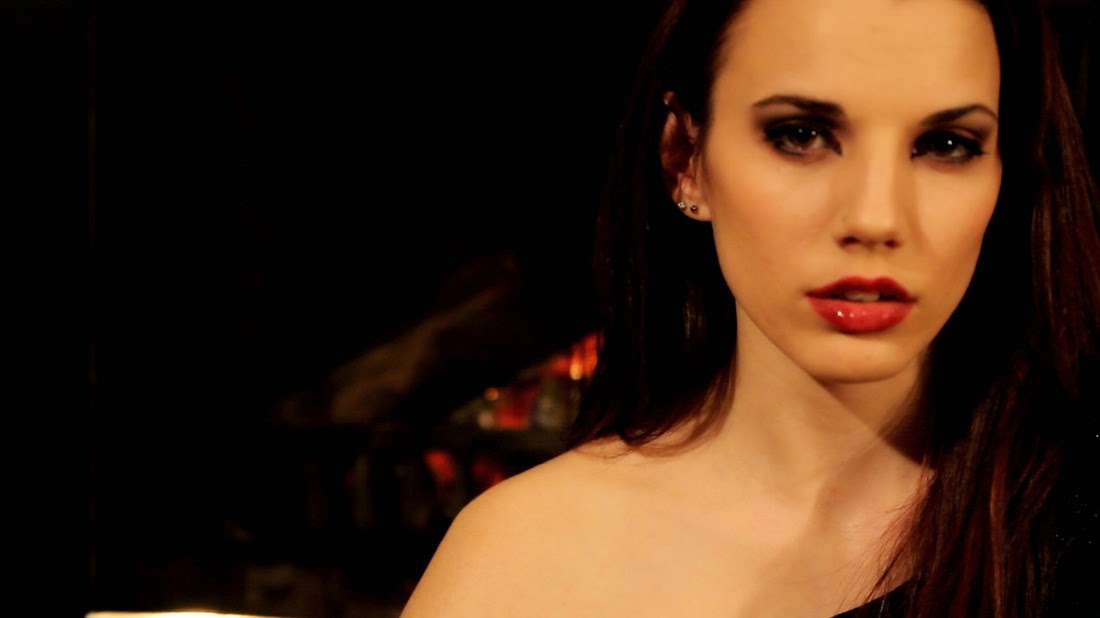 Audience members will also participate in our Zombie Choice Awards by voting for their favorite films in categories such as BEST FILM, BEST KILLS, and BEST GORE.

ONE NIGHT ONLY!
Filmmakers in Attendance