On a remote island off the west coast of Scotland in 1846, three survivors of a shipwreck row ashore. They soon discover that the shrouded isle is almost abandoned except for four sole residents....with no way off. When they begin to investigate the myth of a ghostly siren haunting the island, they are lead to uncover a truth that may cost them their lives.

"An Incredible Piece of Gothic Horror" - The 405

Scotland 1846: a ship crashes on the rocks of an almost deserted island in Scotland. Three sailors survive the wreck and row up to shore where they discover only a few locals, who take them in as they wait for the mainland boat to come for them. But the boat is not coming. The sailors' survival story has only just started as they uncover the strange haunting past of the once vibrant island, still heard upon a ghostly song upon the winds, and a dark mystery at the heart of the small secluded community.

The breathtaking foggy, lush landscape of Scotland serves as the perfect backdrop for a chilling, Victorian gothic mystery in Matthew Butler-Hart's THE ISLE. With breathtaking misty cinematography, THE ISLE is a classic example of gothic storytelling marked by hushed whispers in the dark of the forest, barely-seen figures moving about the woods, and locals who warn the men to stay in after dark but are tight-lipped about the true goings on. Matching the mysterious cinematography, the film is staffed by a great cast including Conleth Hill (Lord Varys in Game of Thrones), Alex Hassell (Surburbicon, The Miniaturist), Fisayo Akinade (The Girl With All The Gifts), Tori Butler Hart (Keeping Rosey, Edie, Two Down) and Alix Wilton Regan (The Wife). Both Gareth Jones (Lock Stock and Two Smoking Barrels) and Jim Reeve (Kiss Kiss Bang Bang, Lady Macbeth) produce, with Sir Ian McKellen as an associate producer.

If you're craving a haunting siren song of a supernatural tale, THE ISLE is the perfect film by which to chill your bones. (Aaron Allen) 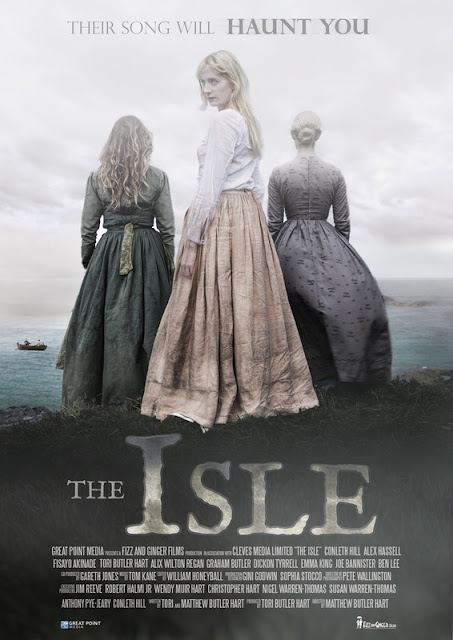