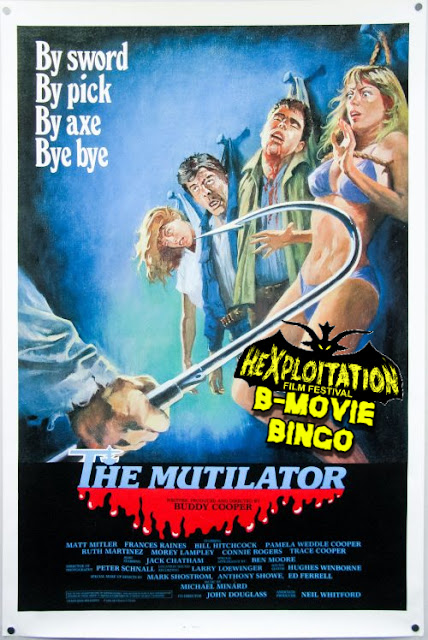 LIMITED CAPACITY: Only 33 tickets will be sold!

SOLD OUT
B-MOVIE BINGO
HXFF's B-Movie Bingo is an interactive film screening game where audience members complete bingo cards with squares based on events or lines of dialogue that occur in the movie. Complete a straight or diagonal line of five squares on your bingo card and win a prize at the end of the film! One out of every eleven bingo cards is a guaranteed winner.
SHORT SUMMARY

A teenager takes his friends on vacation to his father's waterfront condo where they find themselves stalked, hacked, and slashed by a crazed killer in this blood-soaked, beach-side 80's slasher.
FULL DESCRIPTION

“It 100% has that certain charm that can be found only in some vintage off-brand slashers.”
— Stacie Ponder, FINAL GIRL 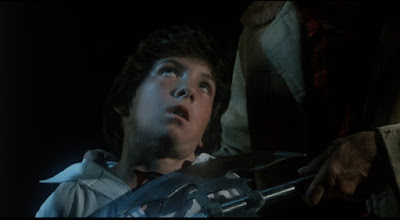 By sword. By pick. By axe. BYE BYE!! THE MUTILATOR is a feel-bad violence machine that lives up to its name ten times over. And it’s a tale as old as time. When a little kid named Ed shoots his mom with a rifle, his Dad flips out and sips a cocktail. Ten years later, Dad asks Ed (and five of his friends) to close up the family’s beach-side condo for the autumn season. And that’s when the medieval hatchet shows up. 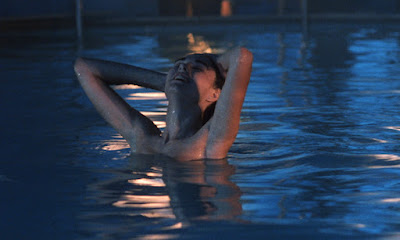