At a lavish launch party for a new Werewolf-themed gaming app, all the media bigwigs are in attendance. The young lead developer, August, is being promoted as a huge talent behind the game to win over the media, although the only comfort he finds in the event is the chance of finally meeting his online girlfriend, Cheyenne, who arrives late to the party. Suddenly, things go sideways when guests turn up murdered in the same fashion as depicted in the game. Mass paranoia erupts between the survivors as they believe the killer is more beast than man. Now, August and Cheyenne must work together to survive the night and uncover the true identify of the monstrous murderer...under a Hunter's Moon.

Followers of the festival know that we're big fans of werewolves and practical effects, so we are thrilled to offer the Hamilton Premiere of Hunter's Moon, which features plenty of both! Filmed in Ontario with special makeup effects designed and created by Hamilton's own Carlos Henriques (The Butcher Shop), Hunter's Moon features a fully practical werewolf suit (keeping the 'wear' in werewolf).

As the body count rises, a cast of accomplished young and upcoming actors -- Steven Morana (Whiskey Business, Three Chords from the Truth), Holly Deveaux (The Mist, Mutant World), Ari Millen (Orphan Black) -- share the screen with veteran Canadian thespians like Colm Feore (The Chronicles of Riddick, Thor, Anon) and Art Hindle (The Brood, Invasion of the Body Snatchers, Black Christmas), all of whom play their parts in unraveling the shocking mystery of this hairy whodunit. (Aaron Allen) 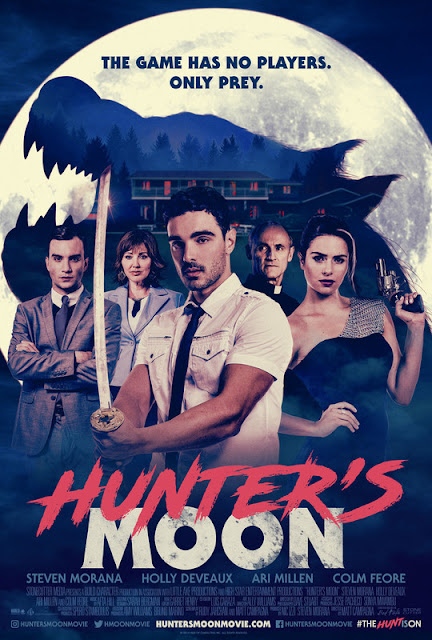