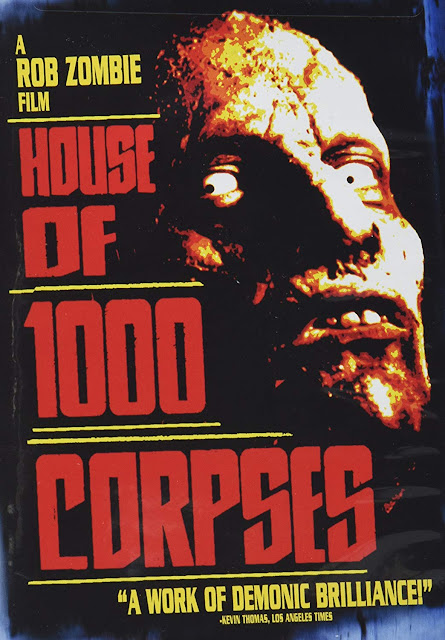 In Rob Zombie's infamous breakout feature, four young people investigating the legend of Dr. Satan are captured and tortured by the colorfully psychotic Firefly family. Recognized as a cult classic and horror genre game-changer, House of 1000 Corpses is a Hellbilly Halloween murder-ride inspired by 70's horror and exploitation thrills, chills, and kills. 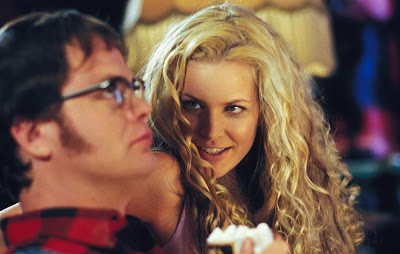 COSUME CONTEST!
* Come dressed as your favorite HOUSE OF 1000 CORPSES or other Rob Zombie film character (i.e. The Devil's Rejects, Rob Zombie's Halloween, Lords of Salem, 31, 3 From Hell) for a chance to win prizes! Winners will be chosen based on creativity, originality, style, and theme! 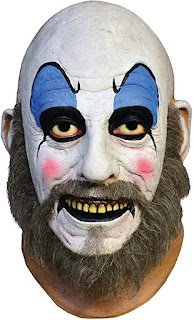 HXFF MERCH BLOWOUT!
* All HXFF shirts and posters will be on deep discount for one night only. 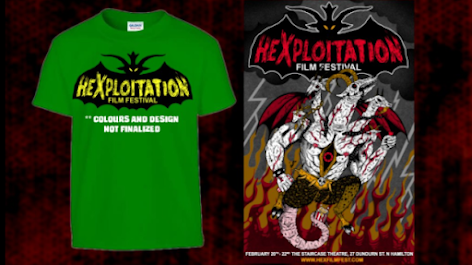 FULL FILM DESCRIPTION
It is the night before Halloween 1977 and two nerds researching obscure road side attractions (played by The Office's Rainn Wilson and The Nerdist's Chris Hardwick) drag their girlfriends (Erin Daniels & Jennifer Jostyn) to Captain Spaulding's Museum of Monsters and Madmen, which itself is one-half of a "Fried Chicken and Gasoline" rest stop and also the home of Captain Spaulding's Murder Ride attraction. From its clown-painted eponymous proprietor Captain Spaulding (genre icon Sid Haig), the quartet learn about the local legend of Dr. Satan: a sadist surgeon allegedly hanged for his twisted experiments on mental patients. With a crude map courtesy of Captain Spaulding, the teens go in search of the site where Dr. Satan's met his doom while inadvertently sealing their own fates. 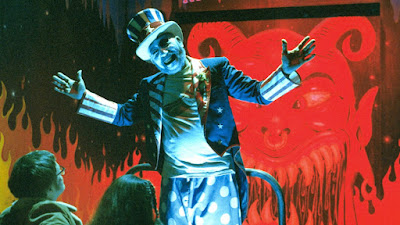 Along the way, our heroes cross paths with the psychotic Firefly family, cast with genre icons from both past and present including Bill Mosely (Texas Chainsaw Massacre 2), Karen Black (Trilogy of Terror), and Sherri-Moon Zombie (Lords of Salem) who take the group of teens on a hellish and -- at times -- darkly comedic trip to hell. Alternating between slick Hollywood cinematography and grainy, psycho-grunge interstitials, Rob Zombie's House of 1000 Corpses is an in-your-face and unapologetically brutal assault on the senses often compared in visceral impact to the original Texas Chain Saw Massacre. 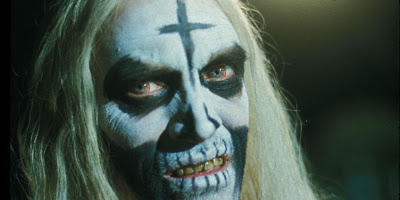 It has now been over 20 years since Rob Zombie filmed HOUSE OF 1000 CORPSES for Universal Studios. Despite bank-rolling the film, Universal Studios feared the final product would receive an NC-17 rating and be virtually unprofitably, so they refused to release it without cuts and reshoots. Zombie refused. Audiences wouldn't get see House of 1000 Corpses until 2003 when Rob Zombie bought back the rights to the film from Universal and found a distributor in Lion's Gate. From then on the horror-genre would never be the same. In the late 90s, gore and exploitation themes had fallen out of favor with studios preferring to release teen slashers or slick "meta horror" pseudo comedies often cast with hot up-and-coming WB/CW stars in response to Scream's box office success. Well ahead of James Wan and Leigh Whannell's SAW, the Final Destination franchise, Martyrs, and other films derided as "torture porn," Rob Zombie's House of 1000 Corpses was on the vanguard of this cultural and commercial shift toward extreme horror in 2000s and itself has launched a popular horror trilogy franchise. 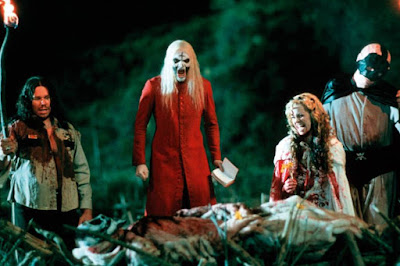 Join us at the Staircase Theatre for a Halloween-themed celebration of Rob Zombie's trashterpiece House of 1000 Corpses and its 20-year legacy in the horror genre. Don't forget to come dressed as your favorite Rob Zombie film character for a chance to win spooooky prizes!