In Panama City (abbrev. PTY), a bus driver, his assistant, and two cops falls victim to a mysterious spell and end up lost in the Jungles of Chiriquí where they will have to survive from the creatures of the night, with only the old bus (one of the city's fabled Diablo Rojo) as refuge. Diablo Rojo (PTY) is a trip to the depths of the unknown that explores the traditional folk monsters of Panama's cultural interior: witches and demons which have been passed down in tales for generations by oral tradition and appear for the first time on film in what is being billed as Panama's first horror film.

Until recently, transportation in Panama City was ruled by the Diablo Rojo (Red Devil) buses. These former American school buses were imported to Panama where local drivers and artists turned them into privately owned, visually explosive works of art, known as much for their religious, pop culture, and political iconography and blaring music as for their reckless and unpredictable driving styles, which sadly claimed several lives. While Panama is phasing out these cultural icons for a safer and modernized public transportation system, director/writer Sol Moreno makes the Diablo Rojo the star of her terrifying and thrilling Panamanian horror tale, driving the near extinct Diablo Rojo (the beast of the modern city) deep into the jungles of Panama on a collision course with the traditional witches and devils of folklore that still haunt the lore of the Chiriquí area.

Capturing the vibrant culture of Panama City and the region, Diablo Rojo (PTY) is an excitingly exotic and yet familiar terror tale of mythical monsters (such as the Tulivieja of Panamanian folklore, never before represented on film), witchcraft, evil supernatural power, and the dark heart of humanity from whence it originates. Featuring plentiful practical special effects and a beautiful score composed by maestro Ricardo Risco, assistant director of the Panama Symphony Orchestra, Diablo Rojo (PTY) is a hexciting supernatural bus ride into the heart of darkness. Be the first Canadian audience to experience it! (Aaron Allen) 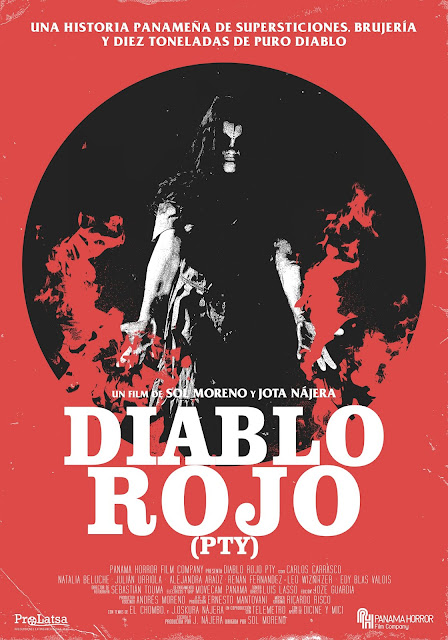