The ultimate Advent Horror Anthology Movie: A collection of 24 films that take a look at the dark side of the festive season. Made by 24 international directors with the most diverse ideas and styles; linked by short animated segments that deal with the Advent calendar itself. 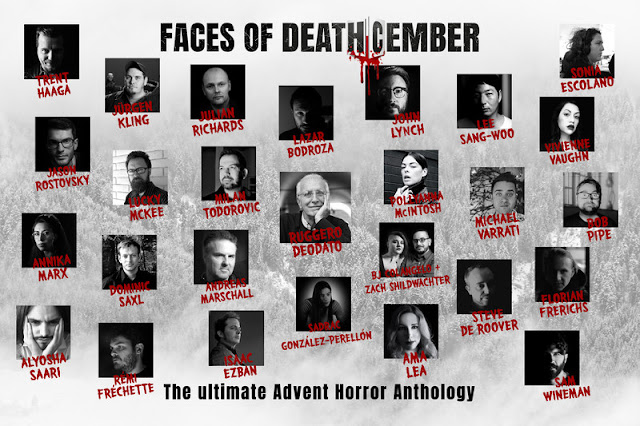 Christmas may be over, but the holiday-themed horror anthology Deathcember is a merry gift of thrills, chills, and kills for any time of the year. Producer Dominic Saxl unites over 24 international filmmakers in the style of ABCs of DEATH, delivering a stocking hung by the fireplace with scares that is full of diabolically delightful treats for fans of everything from black comedy to outright splatter gore. This compilation even disturbed me, and I've seen everything.

Offering virtually every form of horror in every style, Deathcember is the perfect compilation with which to open our festival. If you are new to the Hexploitation Film Festival, Deathcember will show you exactly what we're all about. (Aaron Allen) 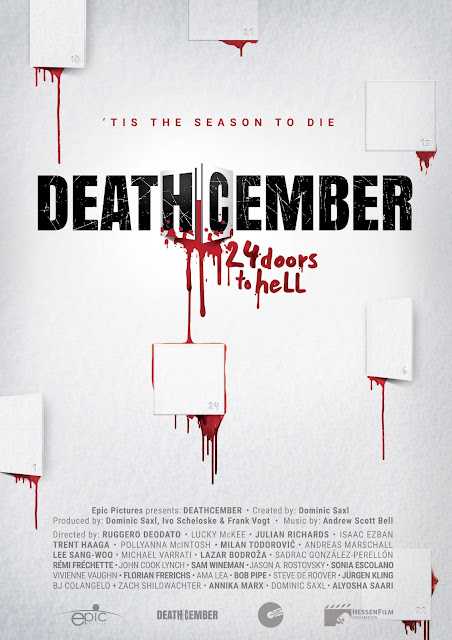